More miners to be sacked over “Dumsor” 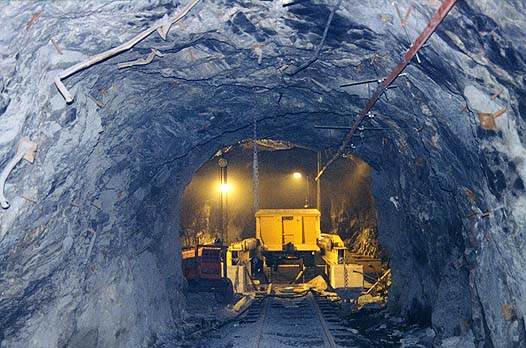 The Ghana Mine Workers Union is lamenting that the worsening power crisis and ongoing load shedding exercise has contributed to the growing dismissal of miners across the country.

This comes after the Electricity Company of Ghana(ECG) announced a 25% cut in power supply to mining companies translating into 6 megawatts of electricity.

Industry was roped into the ongoing load shedding exercise due to the worsening power situation.

The hike in cost of production and the continuous decline in the world price of gold has also been blamed for the decision of mining companies to lay off workers.

Newmont Ghana laid off 472 workers in September this year while AngloGold Ashanti is reported to have laid over 4,000 workers on November 30th, 2014.

But speaking to Citi Business News , the National Chairman of the Union, Mensah Kwarko Gyakari said the cut in power supply to mining companies will lead to more job cuts.

“it is going to affect the industry . We must handle this issue holistically , so that these challenges we are going through will stop”, he stressed.

The companies have notified the Ghana Mine Workers Union of their intentions per the conditions of service agreement.

Mensah Kwarko Gyakari said ,”they must give us three months notice and afterwards they can start with the exercise, we are going to sit down to discuss the numbers and the jobs that would be affected”.

The Ghana Chamber of Mines said it had been notified about the development and expects some consensus after the discussions between the mining companies and the Ghana Mine workers Union.

Meanwhile the Chamber has also expressed serious concerns about the decision to shed 6 megawatts of electricity allocated to the mines and extractive sector.

According to the chamber the move will add onto the hike in cost of production of its members.

The Chief Executive Officer of the Chamber Suleman Koney, said the consequences of the move would be “dire”.