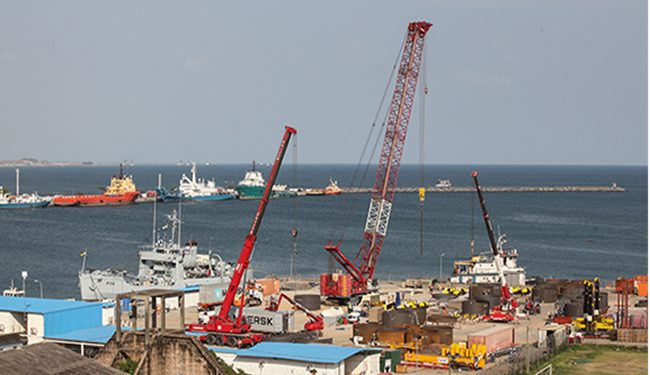 Destination Inspection Companies (DIC) have hit back at the Ghana Importers and Exporter Association following allegations that, destination inspection companies are behind the implementation of the Ghana Conformity Assessment Programme (G-CAP).

According to the DIC’s Secretary of the Joint Consultative Committee, Walter A. Onyango, they have no knowledge of the G-CAP and how it was put together by the Ghana Standards Authority (GSA).

In December 2014 the Ghana Importers and Exporters Association accused the DIC’s of pushing for the implementation of the G-CAP by the Ghana Standards Authority so they could stay in business because the importers had picked up signals that the government was considering not renewing its contracts with the DIC’s when it ends.

[contextly_sidebar id=”nO9fc8E3Yb2zeyUCoilnhB3oyy77v2JK”]In an interview with Citi Business News in 2014 the Importers and Exporters Association said Ghana will lose heavily in transit trade of goods and the country was also going to be in a clear violation of World Trade Organization rules.

The G-CAP is a conformity assessment process used to verify that products imported to Ghana meet the necessary standards as set by the GSA.

Secretary of the Joint Consultative Committee of the Destination Inspection Companies Walter A. Onyango speaking to Citi Business News denied the allegations asking the Importers and Exporters to deal with the GSA but not draw the DIC’s into the brawl.

“I think the proper answer can be obtained from the originators of the G-CAP but from the DIC’s perspectives we are unable to comment and I know on behalf of the five DIC’s that exist that we have absolutely nothing to do with the conformity assessment.”

‘these are matters reserved for the board and the shareholders of the Destination Inspection Companies’. He said.