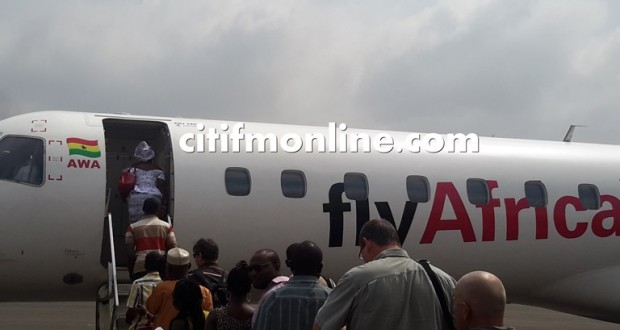 Domestic airline Operators have been granted the permission to resume flights to the Northern Regional capital of tamale following a significant improvement in the weather condition.

The Ghana Civil Aviation Authority (GCAA) in early January warned all domestic airline operators to cancel flights to Tamale due to the severe harmattan season after an Ethiopian cargo aircraft crash landed at the Kotoka International Airport (KIA).

[contextly_sidebar id=”QqDp8yAsvTrMUR1CYjRIX8mlnk7s9xCp”]Though some domestic airlines subsequently cancelled flights to  Tamale, they complained that the directive was affecting their operations.

They said they were losing close to 200,000 GHC daily, for not flying their aircrafts.

However, speaking on the Citi Breakfast Show, the acting Director General of the GCCA, said his outfit has given the go ahead for local flights to resume operations.

“For now the update is that they are all moving, going to Tamale and Kumasi because the weather has improved significantly”, he stated.