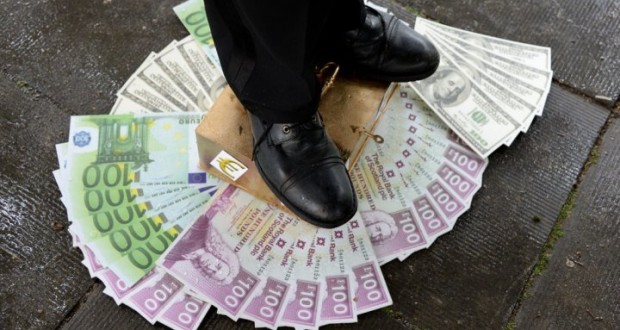 The wealthiest 1% will soon own more than the rest of the world’s population, according to a study by anti-poverty charity Oxfam.

The charity’s research shows that the share of the world’s wealth owned by the richest 1% increased from 44% in 2009 to 48% last year.

On current trends, Oxfam says it expects the wealthiest 1% to own more than 50% of the world’s wealth by 2016.

The research coincides with the start of the World Economic Forum in Davos.

The annual gathering attracts top political and business leaders from around the world.

Oxfam’s executive director Winnie Byanyima, who will co-chair the Davos event, said she would use the charity’s high-profile role at the forum to demand urgent action to narrow the gap between rich and poor.

In a statement ahead of the gathering, Ms Byanyima said the scale of global inequality was “simply staggering”. “It is time our leaders took on the powerful vested interests that stand in the way of a fairer and more prosperous world.

“Business as usual for the elite isn’t a cost-free option – failure to tackle inequality will set the fight against poverty back decades. The poor are hurt twice by rising inequality – they get a smaller share of the economic pie and because extreme inequality hurts growth, there is less pie to be shared around,” she added.

Figures in focus Oxfam based its prediction on data from the annual Credit Suisse Global Wealth datebook, which gives the distribution of global wealth going back to 2000.

It uses the value of an individual’s financial and non-financial assets, mainly property and land, minus their debts to determine what individuals “own”. The data excludes wages or income.

The BBC’s head of statistics, Anthony Reuben, said in order to be part of the wealthiest 1% of the world’s population, an individual would need to be worth just over half a million pounds.

“So it is not necessarily talking about people who own yachts and ski chalets. Owning an average house in London (without a mortgage) would just about put you in the 1%. ”

He also noted that Oxfam had chosen to use figures which showed the disparity between the 1% and the rest of the world in the worst light.

“From 2000 until 2009, the proportion of wealth held by the wealthiest 1% fell every year. From 2010 until 2014 it rose every year. Oxfam has taken the figures since 2010 and used them to extrapolate what will happen in the coming years. Clearly, that is the methodology that will make inequality look the most severe,” he added.

Rich getting richer Oxfam is calling on governments to adopt a seven-point plan to tackle inequality, including a clampdown on tax evasion by companies and the move towards a living wage for all workers.

Oxfam made headlines at Davos last year with the revelation that the 85 richest people on the planet have the same wealth as the poorest 50% (3.5 billion people).

It said that that comparison had now become even more stark, with the 80 richest people having the same wealth as the poorest 50%.

The charity said the research, published on Monday, showed that 52% of global wealth not owned by the richest 1% is owned by those in the richest 20%.

That compares with an average wealth of $2.7m per adult for the elite 1%.

The study comes just a day before US President Barack Obama’s State of the Union address, in which he is expected to call for tax increases on the wealthy to help the middle class.

In October, a report from banking giant Credit Suisse also said that the richest 1% of people own nearly half of the world’s wealth.