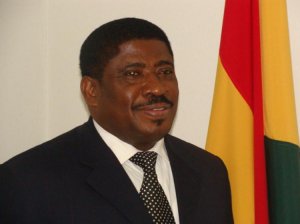 The Commissioner General of the Ghana Revenue Authority (GRA), George Blankson is challenging workers in the public and private sectors to prioritize personal savings as a future investment.

He is also advocating for employees to take advantage of the services by accredited credit unions to provide a financial safety net.

The GRA Commissioner was speaking to Citi Business News after the 8th Annual General Meeting of the Ghana Revenue Authority Co-operative Credit Union in Accra.

“One way of ensuring financial security and insulate the worker against certain temptations is to have an active credit union that provides a financial support in the event of any worker requiring an urgent support in for an unforeseen situation,’’  said the Commissioner General.

The 8th Annual General Meeting of the GRACCU was held under the theme, ‘Personal Savings, Organizational Good, Past, Present and Future.’

Chairman of the Board of management of GRACCU, Godwin Aaron Monyo said his outfit organized a nationwide awareness campaign on credit unions which has seen a leap in membership to 4, 630 and a corresponding increase in assets which currently stands at GH30.5 million

“The remarkable increase in the total assets and the rapid increase in membership are principally due to some prudent measures taken by the current management,” he said.

Mr Monyo mentioned one of the measures taken as the re-branding of the union to reflect the image of the Ghana Revenue Authority.

He said a customer-friendly loan policy that enables members to access funds for projects and other business ventures coupled with the streamlining of operations catapulted the fortunes of GRACCU.

Mr Monyo said one most significant single achievement the union chalked was the introduction of the auto loan scheme for members  however this had been bedeviled with some challenges as it partner JMET China has not kept its end of the bargain by not providing spare parts needed for the buses.

“The GRA is mediating between our union and JMET Corporation to solve the problem and it is my hope that the issue is resolved soon to enable us reap the full benefits that the buses were expected to bring to beneficiaries and members,’’  he said

Within four years of operation, the GRACCU has been able to achieve an average growth rate of 108.5 percent per year in its assets, using the financial year which ended on June 30 2010 as its base year.