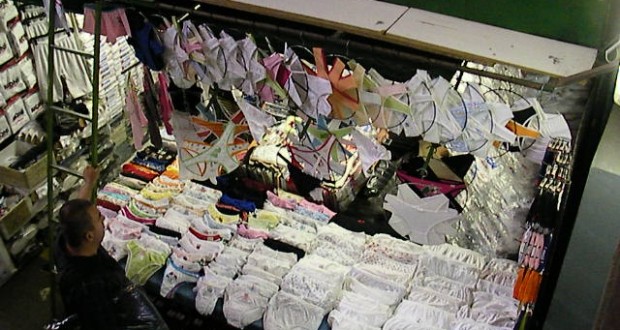 China remained the country producing most of the dangerous consumer products found in the European Union, an official said Monday, for a 12th year in a row.

Vera Jourova, the EU’s new commissioner for consumer issues, said it was “surprising how high a number of harmful products come to the European market from China.”

“The numbers and the situation are not improving.”

In 2014 64% of the non-food products notified as potentially dangerous through the EU’s rapid alert system stemmed from China and Hong Kong, with a total of 1 501 notifications, according to the annual report.

The proportion was the same as a year earlier. China is the EU’s largest supplier of goods, according to the European Commission.

Its accounting for nearly two thirds of potential danger alerts for non-food products compares with 16% of the bloc’s imports coming from China in 2013, according to commission figures.

Jourova expressed optimism that the issue of the dangerous products could improve, pointing to a special alert system that has been set up for China and a collaborative effort on product safety that has been launched between the Asian giant, the EU and the United States.

Overall, the EU’s rapid alert system, known as Rapex, identified a record 2 435 products as potentially dangerous last year, 3% more than the year before.

Products sold online were among the areas that registered an increase in notifications, Jourova noted.

Toys and clothing, textiles and fashion items continued to generate the most alerts. The most frequently notified problems were injury, chemical and choking risks.

Most Rapex notifications were made by Hungary, followed by Germany, Spain, France and Cyprus.