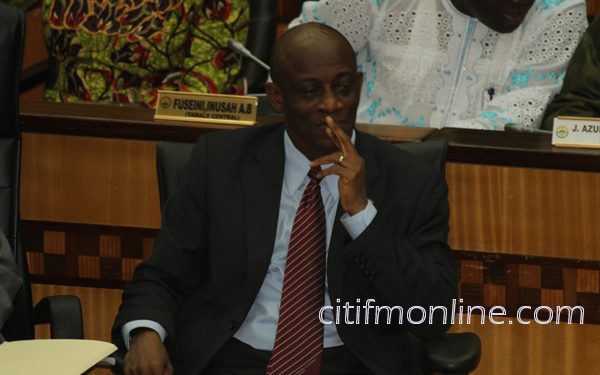 [contextly_sidebar id=”jduzHbIWYwDwTN6doSy3CboaJ8UsRrR3″]The revision in estimates follows the drop in the price of crude on the world market.

Government’s revenue estimates for crude prior to the slump in oil prices was pegged at 4.2 billion cedis or 3.1 percent of GDP.

It pegged the figure at 4.2 billion dollars on the assumption that crude oil would trade at 90 dollars per barrel.

However the price of a barrel of crude has hit as low as 49 dollars since government’s projection.

President Mahama early this week announced the decline in oil prices will cost the country about 700 million dollars in oil revenue.

A huge chunk of oil revenue is used to fund government’s expenditure.

It is expected that the finance minister will announce a number of cuts in government’s spending for this year following the drop in crude oil prices as well as announce measures government intends to roll to contain the sharp decline of the country’s revenue.

Seth Tekper is also expected to announce to parliament plans by government to issue a Eurobond this year and also touch on the country’s recent bailout program with the International Monetary Fund (IMF).