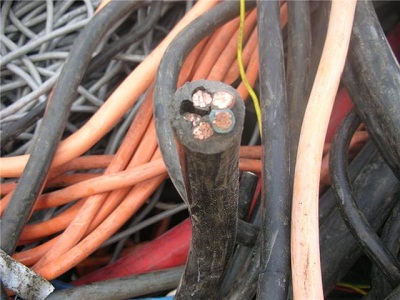 Vodafone Ghana Limited has said the company is still plagued with cable cuts and thefts, and spends an average of GH¢ 1.8 million annually in fixing interruptions.

[contextly_sidebar id=”myBQ7jOM0BIySEr70YEyI7fBwTJ8sd2V”]Underground cable thefts are usually carried out by persons who steal cables for copper, while cable cuts are caused by activities such as excavations during construction and uprooting of trees.

Cable thieves often operate by breaking into underground cable chambers, and using winches to draw out many metres of copper cable. The insulation is then removed and the copper is extracted for sale or export.

Mr Nana Addae-Mensah, Head of Corporate Security at Vodafone Ghana, disclosed that from April 2014 to February 2015, the company experienced over 189 cases of cable theft.

He said although the company was employing various preventive tactics, there was the need to make the public aware of the challenge, and to keep them on the look out for cable thieves, many of whom pose as the company’s staff and carry out their theft in broad daylight.

He said Vodafone’s field engineers, who are always in Vodafone-branded overalls, do not carry out maintenance after 18:00 hours and on Sundays and any persons doing so are likely to be cable thieves.

He urged the public to volunteer information on sighting suspicious persons.

He said cable thefts affect Vodafone more than others, because the other telecom companies provide only mobile services, largely reliant on fibre cables and radio waves.

Aside the interruptions and the challenge of providing quality services, he said repair operations were becoming difficult for the company because of the need to constantly reinforce the cable chambers.

The colour code for the various copper cables also varies across countries and sometimes poses a challenge to the company’s engineers, because the cables cannot be procured from any constant source.

Mr Addae-Mensah also noted that constantly having to protect the cables could at length, increase the cost of operations, of which some would be pushed to the consumer