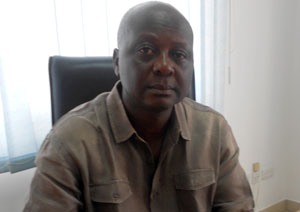 A labour analyst has described as “wrong,” the dismissal of a senior staff member of the Bulk Oil Storage & Transportation Co. Ltd. (BOST) Albert Mantey, for speaking to the media.

Kofi Davor argued that Albert Mantey spoke to the media in his capacity as the chairman of the Professional and Managerial Staff Union (PMSU) and not as a worker of BOST.

“There are capacities in which people act so in this case, if he acted on behalf of the senior staff association, then he has the mandate of the association to speak…”

The Managing Director for BOST, Kwame Awuah-Darko sacked Mr. Mantey for failing to seek his permission before granting an interview to Citi FM.

Mantey however insisted he spoke in his capacity as union chairman and not as a worker of BOST, adding that his dismissal is to intimidate other members of the union who may speak out against the mismanagement of BOST.

Kofi Davor who is the former head of the Union of Industrial Commerce and Finance Workers (UNICOF) on the Citi Breakfast Show revealed that labour unions are legal entities which are supposed to be autonomous organizations without interference or whatsoever from management.

According to him, if a labour union leader makes a statement that is slanderous or writes something that is libelous, the party against which the statement was made has the right to take legal action against the organization and not the person.

He however indicated that BOST can only dismiss the chairman of the union if the “senior staff association or the workers’ organization is categorically denying that their chairman has the mandate to speak on their behalf.”

“In which case, that protective bill has been taken off him and the management can have access to him but if that is not the case, I do not understand the basis for management’s action,” he added.

Kofi Davor recommended that “if management feels so aggrieved and are unhappy about what he has said, they could engage the association and have a discourse or in an extreme case, go to court and seek legal remedy.”

“We cannot go on this kind of tangent. This kind of high handedness is not going to help you manage your employees,” he warned.