5 words to avoid using to describe yourself in an interview 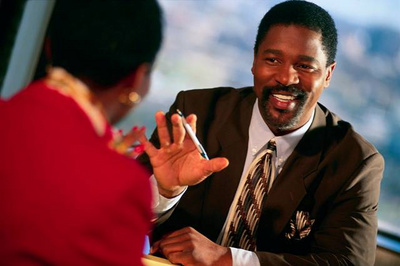 Hiring managers all have their favorite interview questions, but they’re typically some variation of the common ones. For example, you might get, “How would your colleagues describe you?” or “Use three words to describe yourself.” Either way, your overall approach would likely be the same.

The thing you need to be mindful of, then, is what words you actually use. Or, to put it in another way, there are words that you should never, ever use.

Talk about the way you think, and use words like, “logical,” “quantitative,” “fast learner,” or “big-picture thinker.” You’re going for words that sound more like facts and less like judgments.

For the same reason you don’t want to describe yourself as intelligent, you want to avoid words like “likable.” That, plus it’s tricky to find supporting examples of why you’re likable without sounding weirdly desperate. (“Everyone says hi to me, laughs at my jokes, and misses me when I’m out sick?” Um, no.)

Use words that you can back up, like “team player,” “outgoing,” “enthusiastic,” or “caring,” and back them up with examples of how you pitched in, spoke up in meetings, or threw an office holiday party. It’s much more palatable when the evidence you give involves actions you took rather than the actions or reactions of others.

You can successfully do something, but you can’t just call yourself successful. It’s like saying in an interview that you’re rich and good-looking. Do you really think that’s a good idea?

Narrow the focus down from success on a global scale to success on a more specific skill. You can absolutely say that you’re good at what you do. In fact, you should. The difference is saying that you’re successful in all realms of your life and pointing out your relevant skills and experiences for the job. The first is annoying; the latter is necessary.

Even if you’re immensely passionate about your work, you still want to avoid describing this trait or any trait with words that have a negative connotation. Having to explain yourself means that you and the interviewer are not on the same page, and ideally, you could avoid all that.

There are plenty of words you can use to get across how invested you are in your work that probably are more specific and don’t require some awkward explanation. Words like “focused,” “detail-oriented,” “hard working,” or “dedicated” all work well.

It’s weird to brag about how humble you are. It just doesn’t work. Don’t walk into this unfortunate contradiction and try to talk your way out of it. The more you try to explain this, the more you wear down your interviewer’s trust.

If this is really something you want to get across in an interview, go with the “show don’t tell” strategy. Each time you need to brag about yourself during the interview (which will be often, since it’s an interview), only state the facts. Talk about what you did, what the result was, and what others thought, and leave the judging to your interviewer.

Of course, there are always exceptions to the rule, and perhaps you can pull off describing yourself as intelligent, likable, successful, obsessive, and humble without cutting your interview short. But know that there are other ways to get your point across without causing your interviewer to spend too much energy trying not to roll his or her eyes.