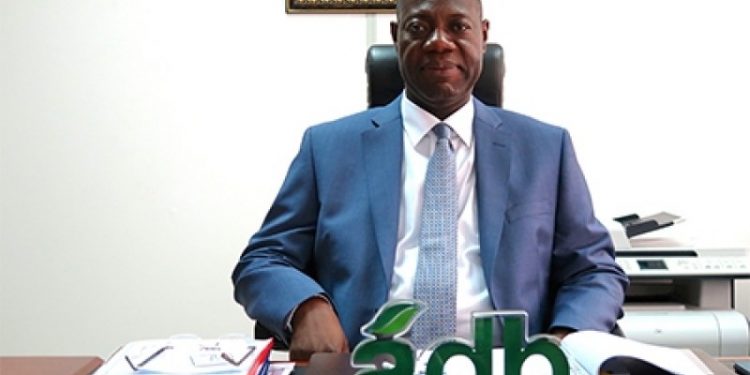 Managing Director of adb Bank has denied reports that the bank is to be sold to First Rand Bank of South Africa.

[contextly_sidebar id=”ATATNbVJw2tV9QZ5GsTFHS0dEbv8dic4″]The Union of Industry, Commerce and Finance Workers (UNICOF) has alleged that the bank is to be sold to the South African bank after its Initial Public Offer (IPO).

adb Bank is expected to offload about 1.4 million shares to the public inclusive the Bank of Ghana’s shares in the bank as well shares from the bank owned by government.

The bank is hoping to raise about GHC 420 million of which GHC 220 million will be given to the Bank of Ghana and the remaining GH¢200 million to the bank.

But Speaking to Citi Business News, General Secretary of UNICOF John Esiape said information available to them indicates that First Rand Bank of South Africa may be given majority of the shares in adb Bank when the IPO is issued.

“The way the IPO thing is being kept to their chest our fear is that there are plans to make some institutions or individuals gain an undue advantage. The talk about First Rand is so ripe that the bank is going to be given to First Rand as a majority shareholder. We don’t know how true it is but to the extent that things are not made public we can hold on to these views until we are proven wrong,” he stressed.

But Managing Director of adb, Stephen Kpordzih dismissed the report.

He told Citi Business News the bank will remain Ghanaian with majority of the shares to be sold to Ghanaians not foreigners.

“The post IPO the objective is that the bank will remain Ghanaian with majority shareholding being Ghanaian and what that means that it is in government plans to make sure Ghanaian Institutions and Individuals purchase the shares. Foreigners can buy some of the shares but the regulators will ensure that majority shareholding does not go into foreign hands.”

First Rand bank last year was given the green light by the Bank of Ghana to operate in the country.

First Rand bank has announced it intends to begin operations in Ghana in June,2015.

The bank was one of few bank’s which expressed interest in buying Merchant bank now Universal Merchant Bank during its crisis some years back, despite going far with negotiations with SSNIT over the move the deal fel through.

Managing Director of adb, Stephen Kpordzih also dismissed allegations that after the IPO there will be a hostile takeover of the bank by those who will have majority shares.
–

Lack of cash cause of Ghana's power crisis – Manteaw insists