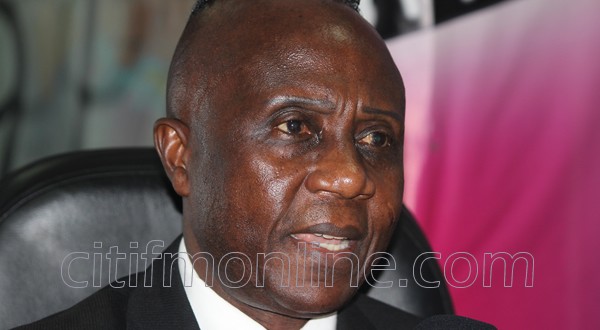 The Institute of Economic Affairs (IEA) has blamed commercial banks, the Bank of Ghana (BoG), government as well as borrowers for the high interest rates in the country.

[contextly_sidebar id=”G2Nso0f6Nny6uMzzp5AD441xwCAEYroj”]According to the IEA a research it conducted on the country’s high interest rates reveled that all parties involved are to be blamed for the hikes in interest rates in Ghana.

Ghana has one of the highest lending rates in the world.

The high rates has been identified as a disincentive for the business community.

Average lending rate of banks in the country hovers around 30% while that of microfinance institutions is around 70%.

Trades and Industry Minister Dr Ekow Spio Gabrah in a bid to deal with the matter last year commenced a campaign to push the rates down.

Earlier he tasked business operators in the country to hit the streets to get banks to reduce the high interest rates.

Some bankers have however criticized his approach.

According to them government must rather deal with the numerous factors including inflation, monetary policy rate, its increasing appetite to borrow which they believe are pushing interest rates high.

But speaking at a forum on high cost of credit organized by the Trade ministry Dr.J.K Kwakye who is a senior economist with the IEA said all players involved must be blamed.

‘ i am not leaving anybody out, government, borrowers, banks , regulators are all partly to be blamed for the high rates.

Monetary policy also contributes to the high cost of credit, interest rates is usually related to inflation so with our double digit inflation it should not surprise us that we have high interest rates.
Because we have experienced micro economic stability most of our history monetary policy has tendered to be largely restrictive this means that the BoG’s policy rate has been high most of the time currently at 21 percent this sets the stage for other interest rates there is no way other lending rates will be lower than this figure’. He said.

But economist Dr. Kwame Pianim says government must be blamed for the high interest rates.

According to him bad macroeconomic management by governments over the years must be blamed for the high interest rates in the country.

However a researcher with the Institute of Statistical Social and Economic Research (ISSER) Dr.Charles Ackah hold a different view.

He blames poor regulation by the BOG for the high interest rate in the country.