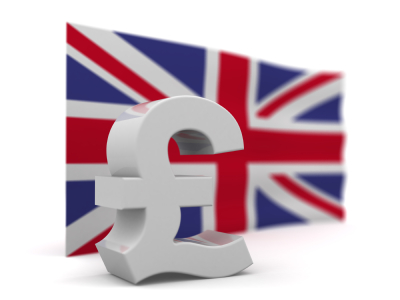 Shares on the London stock market have risen sharply, led by banks and property firms.

Meanwhile, the pound jumped nearly 2% to $1.55 against the dollar, before pulling back.

Experts say bank shares are enjoying a relief rally, as investors welcome news that the election outcome is likely to be clearer than expected.

The financial firm UBS wrote in a research note: “It appears that we will avoid weeks of uncertainty and horse-trading as there is the ability for the Conservatives to form a government perhaps relatively quickly.”

Investors are optimistic that banks will not have to pay further levies under a Conservative government.

Yields on 10-year government bonds or gilts are climbing sharply as prices fall.

The British pound is trading close to a two-month high against the US dollar.

“The market often likes a bit of consistency and stability and if the Conservatives are returned to power – be it as part of a minority government or as part of a coalition again – they will be able to push through a lot of the policies and approaches that they have done over the last five years in parliament,” said Jason Hughes from trading firm CMC Markets.

However, analysts said the rise could be short-lived as uncertainty over a possible “Brexit” or Britain leaving the European Union affects trading, with a referendum on the UK’s EU membership now likely.

Bill O’Neill at UBS Wealth Management said: “Sterling will, in our view, be moved by a number of different factors in the coming days and weeks.

But CMC’s Mr Hughes said that, for now, the “relief” rally that the currency was seeing could gain more momentum during European trading hours.

“If you look at the uncertainty that has been in play, almost since the start the of year, but certainly from about mid-February onwards, we’ve seen a fair bit of pressure on sterling due to the uncertainty of the political landscape locally,” he said. “So I think we will see that relieving bounce.”
–

ExxonMobil to begin operations in Ghana