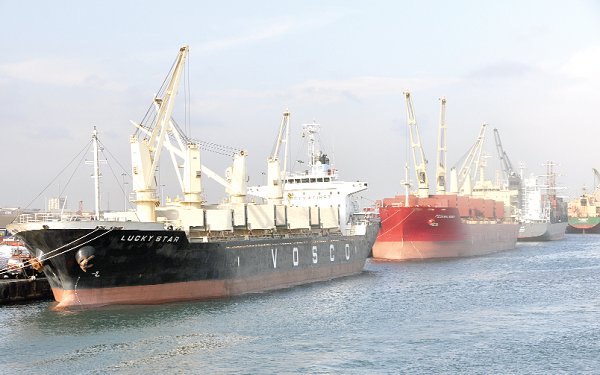 Ghana will soon ban non sea worthy vessels that operate on the country’s territorial waters following the adoption of ‘FlagState Implementation’ which allows for a mandatory audit of all vessels operating in the region.

[contextly_sidebar id=”3YMW8JcfSs6P0DNv79MhilzK8AfZwZAK”]The move is parts of efforts by the Ghana Maritime Authority and the International Maritime Organization (IMO) through the IMO Member state audit scheme to rid the country’s territorial waters off vessels that are not sea worthy.

By agreeing to implement the FlagState which is a convention by the IMO, governments will have to inspect foreign ships that visit thier ports to ensure they meet IMO standards.

‘’The mandatory IMO member state audit scheme which kick starts from January 1, 2016 aims at improving safety and the performance of governments in the implementation of IMO instruments, the ISMAS is a good idea and not witch hunting meant to name and shame.’’

He says, the audit scheme will address all technical and operational issues related to the effective and consistent global implementation and enforcement of IMO instruments on maritime safety , security and protection of the environment.

The concept of flag state obligations came to being through the evolution of the customary use of flags as a means of identification of the state and jurisdiction to which the ship belongs.

This customary use of the flag state was later codified into the United Nations Convention on the Law of the Sea (UNCLOS) 1982.

Transport Minister in a speech read on her behalf by the Deputy Transport Minister, Joyce Bawa Mogtari noted that compliance with the Flag State coupled with effective port control measures are the surest way to ‘’ensure seaworthiness and security of ships that are registered to fly national flags as well as foreign ships that visit ports and terminals for commercial transactions’’