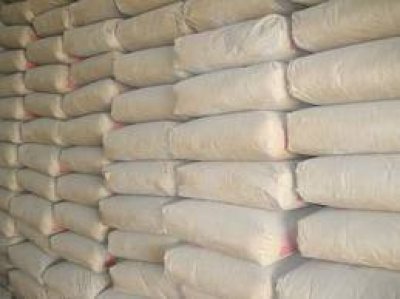 Citi Business News can confirm all three local cement producers in Ghana have increased the prices of their products on the market.

The same bag was earlier being sold at 26 cedis, 70 pesewas.

According to Joseph Abu, the increase has been necessitated by the rate at which the cedi is depreciating against the dollar.

Ghacem Limited has also sanctioned a 2 cedis 80 pesewas increase in the price of a 50kilogram bag of their product.

According to a price list on the company’s website, the ex factory price of their product is 29 cedis, 37.5 pesewas.

The same product was earlier being sold at 26cedis, 55.5pesewas.

Another local cement company is Diamond Cement; they have also increased their prices by 2 cedis 82 pesewas.

The head of the commercial department at Diamond Cement Ghana Limited said,”the ex-factory price of a 50 kilogram bag of Diamond cement is now 28cedis 43.5pesewas’.

All three cement producers sometime last year increased the prices of their products because of the consistent slide of the cedi against major foreign currency.

But later in the second half of 2014, the companies reduced the prices of their products by different margins because the cedi gradually was appreciating against the dollar and other major trading currencies.