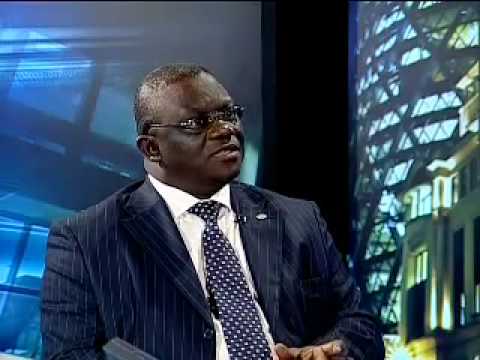 [contextly_sidebar id=”SFjzgxsIWbSg1YwFitQyOcIzsXWjEzQI”]Ade Ayeyemi whose appointment takes effect from 1 September 2015 will be replacing Albert Essien, who retires in June, 2015.

Albert Essien was appointed CEO of Ecobank in March 2014.

His appointment followed the dismissal of Thierry Tanoh as CEO and brought to an end, a nine-month battle over allegations of mismanagement that shook confidence in the pan-African lender.

Prior to his appointment Albert Essien was the deputy chief executive of the bank and was in charge of the corporate and investment banking arm for more than 20 years.

He told Citi Business News after his appointment that running the bank had been his dream from the onset.

‘Immediately I got into Ecobank I said I will run that bank, i told myself, i will become the MD of the bank.
There is nothing wrong with having ambitions it’s how you mange them, there should be no crab mentality, you should not stand on the shoulders of others to get to the top.’ He said.

Mr Ayeyemi, 52, will replace Albert Essien, who retires on 30 June, 2015 after 25 years of meritorious service with the Group.

According to the bank ‘an interim arrangement will be made by the Ecobank Board for the management of the Group during the period 1 July through 31 August, pending the resumption of the new GCEO’.

Mr Ayeyemi is a highly experienced banker who has had a long and successful career with Citigroup, where he is currently Chief Executive Officer of Citigroup’s sub-Saharan Africa division, based in Johannesburg.

He is an Accounting graduate of the University of Ife, now Obafemi Awolowo University, Ile-Ife, Nigeria, where he earned a Bachelor of Science degree with First Class Honours.

He also studied at the University of London and is an alumnus of Harvard Business School’s Advanced Management Programme.

His many interests include business strategy, economics, process engineering and technology.

Commenting his on his new appointment Ade Ayeyemi said: “I am delighted to have been offered the opportunity to lead this great institution, and commend Albert Essien for his legacy work of helping further the premier pan-African financial institution. Ecobank has an exceptional platform, great people, solid strategy and strong momentum. I sincerely look forward to working with the management team, the Board of Directors, and the employees of Ecobank as we set new standards in financial services for our clients across the board.”

Ecobank Group Chairman Emmanuel Ikazoboh, said, “After a thorough and extensive search throughout the African continent, we are delighted to have secured Ade as the person to lead Ecobank through the next phase of its development and beyond as a world-class pan-African bank. Ade is a truly outstanding individual with deep knowledge of banking across Africa, and we welcome him to the Board. At the same time, I should like to thank Albert Essien for his 25-year career at Ecobank and for his stellar service as Group Chief Executive Officer over the past year. We wish him well in his retirement.”

Port charges to increase in July