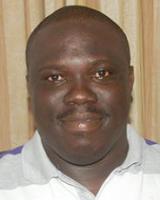 An economist Dr. Ebo Turkson, has dismissed assertions that Ghana could end up like Greece which is currently buried under huge debts.

[contextly_sidebar id=”DM95Eb2YGaD8vJMmY88bpvItVXDVljwV”]“I will not side with those who think that Ghana will become like Greece one day. I don’t think so,” he stressed on the Citi Breakfast Show.

Greece’s debt crisis is said to have been triggered by the structural weaknesses in the country’s economy coupled with overly high structural deficits and over 100 percent debt-to-GDP ratio.

In 2012, Greece had the largest sovereign debt default in history and became the first developed country to fail to make an IMF €1.6 billion loan repayment on June 30, 2015. The government had a debt of €323bn.

The Center for Economic Policy Analysis (CEPA) has since warned the government of Ghana to immediately change its management structure or risk ending up like Greece.

CEPA pointed out that Ghana’s worsening economic conditions have caused investors to lose confidence in the Ghanaian economy and urgent measures must be put in place to prevent further slide.

But according to Dr. Turkson, Ghanaians are only basing their fears on the fact that Ghana seems to have a borrowing trait “and that is the problem.”

“If you borrow to the level that you can longer sustain, you will become bankrupt and you’d have to be very careful but I think that the IMF coming in and we accepting to go on the path that they have prescribed… And a few days ago, we heard that Ghana is on track and so I am not expecting that we will become like Greece,” he explained.

“No, no, no, we won’t get there…but unless this government does something else to pile up our debt, I don’t think Ghana should be looking at going the Greece way.”

Dr. Turkson also dismissed claims that the IMF and the World Bank are to blame for Ghana’s economic woes.

He argued that Ghana is the cause of its problems, adding that every bailout comes with some cost and the nation must be prepared to deal with it.

“I am one of the economists who believe that our problems have been created from without. We are at the center of the problems that we have…I don’t agree with anyone who will say that our problems come from outside; I will not buy that.”

According to him, Ghana has for so many years failed to find a long term solution to fix the energy problems.

“We have had so many years to look at ways to expand our electricity supply and the energy sources that we have to generate. As far back as the early 2000s when we had that crisis, we should have done more than we did at that time. We should find a way of getting around this energy crisis and stop blaming others for the current situation that we find ourselves in.” “I don’t think that we should blame the IMF or any other development partners,” he said.

BoG to begin distributing held up cash of DKM Customers