bycitibusinessnews
in TECHNOLOGY
Share on FacebookShare on TwitterShare on Whatsapp

Bharti Airtel, the world’s third largest telecommunications services provider with operations in 20 countries across Africa and Asia has today launched an application challenge for startup developers as it seeks to attract the ‘next big app developers’ into the Airtel group of companies.

The challenge – a partnership between Bharti Airtel, Singaporean Telecommunications Company, Singtel and smartphone company Samsung – seeks to attract developers in Africa and Asia who will partner with the companies to launch applications in the two continents.

Announcing the competition in Ghana, Data Director for Airtel Ghana, Jean Claude Domilongo Bope said that the challenge reaffirms the company’s belief in empowering people. Airtel Ghana is on a mission to build an environment that unearths the power of potential, drives technology innovation and attracts top tier talent.

“The App Challenge is another example of Airtel Ghana’s innovation drive and evidence of its belief in the power of potential, a belief that everyone is imbued with the spirit to succeed.   This initiative is a great opportunity for developers in Ghana to come up with innovative mobile applications that directly touch individual consumer needs to be deployed across the network of one of the biggest global telecom brands.”

Under the partnership, Airtel Africa will provide all operational support by running the campaign promotions while Singtel and Samsung together will organize a two- day mentorship program for the regional winners and the finale in November 2015.

The deadline for applications submission is September 5th, 2015 after which two African winners will be selected to participate in a Startup Mentorship Program in October 2015 in Singapore. The overall winners will be announced in November 2015 and expected to commence assignment with Airtel/ Singtel group of companies in 2016. For more details on the Airtel Africa App Challenge, please, visit www.app.airtellive.com.

Director of Legal and Corporate Affairs Airtel Ghana, Hannah Agbozo further explained that, “App Challenge represents an amazing opportunity for young individuals to be placed in a production situation, apply their knowledge to solving real problems and meet other app developers who are as passionate as they are about what technology can do to help improve our lives.” She added that, “As a company that has committed itself to leading this age of technological advancement, Airtel has created this competition as a means of identifying and grooming world class application developers who will lead the change in this era.”

The prizes have been specifically picked to give the winners both continental and international exposure, quality training from leading international ICT firms and a ready market to which the application will be available to; these are the key yet rare needs of every astute app developer.

Airtel Ghana is known in the telecom industry as pacesetters in the data sphere being the first network to launch 3G services in Ghana. Airtel has also launched many innovative data services such as Browse Chaw bundles (100% more data), dual scratch card, which enables consumers to load voice or data,  Roll over of data bundles which allows consumers to roll over their unused data before it expires as well as the Phone backup service, which allows customers to back up their contacts and media. 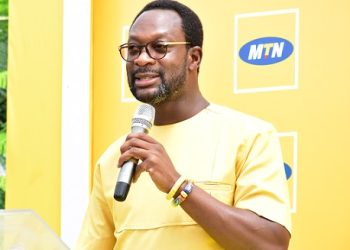