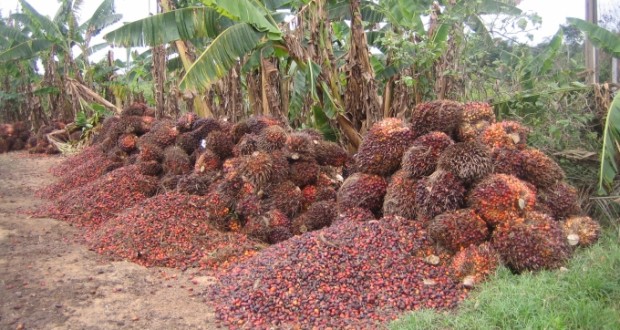 The President of The Oil Palm Development Association of Ghana (OPDAG) Mr. Samuel Awonnea Avaala, has called on all stakeholders in the Palm Oil sector to come together for a boarder consultation on key issues affecting the industry including Import Adjustment Tax (IAT) on Crude Palm Oil (CPO) to adopt a common position for the greater good of the entire value chain.

Speaking to a selected group of journalist, Mr Samuel Awonnea Avaala said “Some actors in the palm oil value chain are calling for the introduction of Import Adjustment Tax (IAT) on imported on Crude Palm Oil (CPO) now – at a time where Ghana is a net importer of the raw material. Will that be in the best interest of the entire industry and the economy in the near term and long term? This is a nagging issue that cannot be decided on unadvisedly”

On OPDAG’s position, Mr. Avaala said, “a meeting of key stakeholders was convened and a common position on IAT was taken which has been submitted to the Ministry of Finance. The position was that, in the interest of the industry as a whole, the tax regime for imported palm oil in the immediate term should remain same. For if local manufacturing became more expensive due to increased raw material cost as a result of taxation, imports would take the industry by storm and the already struggling industry will suffer even more.

He said, OPDAG was re-launched on the 15th of April 2015 in Accra jointly by the Minister of Trade and Industry, Honourable Dr. Ekwow Spio Grabrah and Minister of Food and Agriculture Honourable Fiifi Kwetey in Accra – with the mandate to seek and advocate for the total health and sustainable development of the entire palm oil industry.

“ I am therefore calling on all stakeholders to our first post re-launch all-stakeholder forum on August 19, 2015 at the Conference Centre of the Noguchi Memorial Institute for Medical Research, Legon under the theme “Harnessing the full potential of the oil palm industry in Ghana” He added.  At this forum, the association will come out with one voice on all matters relevant to the sustainable development of the oil palm industry in Ghana.

Commenting on issues affecting the Palm Oil Sector, He said, The refiners and FMCG manufacturers have more than enough capacity to produce for domestic consumption and for export into the sub-region but they do not get enough CPO from local sources to produce and therefore unavoidably import the commodity as raw material to augment what is locally available.

If they could source 100% of the raw material locally they would be lower in production cost and their prices could be more favorable to the ordinary Ghanaian consumer and for the export market. Any further cost imposition on these manufacturers could have a ripple effect on the small scale producer since their fruits may not be bought by millers whose customers are the refiners.

The small scale producers and millers mostly do not adopt industry best practice in their operations.

Therefore the yields are more than five times lower while their palm oil is of high free fatty acid (FFA) content. This makes their oil unsuitable for use by the refiners and fast moving consumer goods (FMCG) manufacturers. The economic potential is huge as yields can be more than doubled with little or no expansion of area planted.

There is the need to institute a fair and transparent pricing mechanism for the fresh fruit bunches (FFB) produced by the small scale farmers.

The estate plantations have to compete for the limited Outgrower fruits over a relatively wide areas of coverage with the attendant high transportation and logistical costs. This cost could otherwise be avoided and thus go to increase the prices of fresh fruit bunches (FFB) at the farm gate.

Land acquisition for expansion of the large scale estate plantations has been a mirage due to the cumbersome land tenure system.

In research, there is a lot more that can be done to make the industry viable.

While imports should not or cannot be stopped the right quantities and invoices ought to be declared and the corresponding duties paid. This will not only rake in the needed revenue but also ensure that the playing field is level for local producers and importers.

Long term tailor made financing for oil palm development is required to attract investment into the sector.

The Government’s masterplan for the oil palm industry which was developed in 2012 is in waiting and needs to be in motion, he added.

Brief Overview of the Palm Oil Industry in Ghana

Palm oil is the most important oil crop in Ghana and in West Africa as a whole. It represented 2% of total agricultural production value in Ghana in 2010.

Generally about 80% of the production the palm oil used in this country is reckoned to come from smallholders, outgrowers/independent farmers whose yields are in the region of 3 to 5 tonnes per hectare compared the 10 to 15 tonnes per hectare being achieved by the large estates.

Palm oil in Ghana became a commercial crop at the beginning of the 19th century. It was originally based on wild palm harvesting and later in 1850 oil palm plantations were established and oil palm evolved to become an agricultural crop. This led to the palm oil becoming the country’s principal export in the 19th century accounting for about 75% of Ghana’s export revenue.

According to recent MOFA statistics, there is a little over 300,000 hectares of area planted with oil palm and a corresponding palm oil production of about 240,000 metric tonnes but there is an unmet demand of between 35,000 and 50,000 metric tonnes making the country a net importer of the commodity.

These actors have one main interest which is to see the oil palm industry become more and more viable and robust and sustainable. There are also, some interest that are specific to the different actors which sometimes are even contra-different. The small scale producers.

Crude palm oil (CPO) is raw material in both food like cooking oil, margarine, biscuits, ice cream, and non-food products like soaps. The palm kernel oil (PKO) is also used in the blend for toilet soaps, cosmetics, and in oleo-chemicals.

Palm oil is an essential part of most Ghanaian cuisines, especially in the forest and coastal zones. It has been recommended by WHO as an ingredient in food fortification programmes where vitamin A deficiency exists.

The socio-cultural significance of palm oil in the Ghanaian culture and economic potential bespeaks the status of the crop as industrial and commercial.

Gold for oil policy will reduce pressure on forex – Bawumia

Farmers to benefit from Yara and USAID/ADVANCE partnership