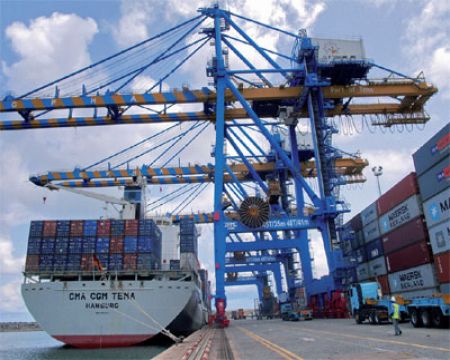 The Importers and Exporters Association of Ghana have welcomed government’s decision to sanction exporters who fail to honour invitations to participate in international exhibitions at the expense of the state.

[contextly_sidebar id=”ZVf4WuJOFV5fpyhRmo1H0zCOetWnP52i”]According to the Executive Secretary of the Importers and Exporters Association Samson Awingobit Asaaki tax payer’s funds must not be allowed to go waste.

His comments comes after the Chief Executive Officer of Ghana Export Promotion Authority (GEPA) Gideon Quarcoo said government will penalize businesses which fail to honour invitations to participate in international exhibitions at the expense of the state.

Gideon Quarcoo, said it was disappointing for stands allocated to Ghanaian companies at international fairs to remain empty throughout the fair due to the inability of invited companies to be present.

Therefore if government wants exporters to go and exhibit so our counterparts can come up with their specifications to help increase exports we are in full support for those who agree to take part in these exhibitions. It is time that exporters take advantage of such kind gestures from government to build their portfolios and help push the economy from import led to an export led economy, Samson Awingobit Asaaki said.

He also called on government to thoroughly investigate why exporter fail to attend such exhibitions before sanctioning.

“It is important for government to investigate to find out why an exporter who initially showed interest in going for such exhibitions refused to attend and see how best they can be helped to participate.”