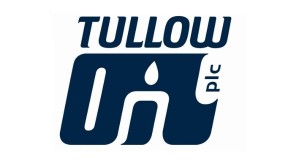 The newly appointed Chief Executive Officer of UT Bank Stephen Antwi Asimeng says he will focus on the Small and Medium Enterprises (SME) market to turn the fortunes of the bank around.

His appointment comes at a time when the bank is going through restructuring and recapitalization after its performance in the first and second quarter of 2015 showed losses.

This led to shareholders of the bank at this year Annual General Meeting (AGM) approving for the bank to raise some 200 million cedis to boost its capital base. Speaking to Citi Business News exclusively after a press conference to announce the retirement of the bank’s former CEO Prince Kofi Amoabeng, the new CEO said his team will focus on their customers.

“We are going to put the lessons we have learnt into use in moving the bank forward and that is why we have put in structures that will allow us to serve the SME companies in a better way because we have understood their needs in a better way and the structures that work and we are using lessons that we have learnt to make things better for the customer.”

We still believe that the SME is our core area and we think we must be relevant to our area because there is a lot more impact we can make but we have to do it a little more carefully so that we don’t risk depositors money which our new turnaround plan has been designed to complete, New CEO of UT Bank Stephen Antwi Asimeng said.

Meanwhile the outgoing CEO and President of UT Holdings Prince Kofi Amoabeng has told Citi Business News he has confidence in the new team to turn the fortunes of the bank around.

“As I said the retiring age is 60 and i am 63 years so really I have overstayed but it is because of the dictates of the bank. I couldn’t leave at 60 and couldn’t leave earlier, this is the time because we have had challenges we’ve come out of the challenges and have a good plan which is being delivered by the new team being led by the new CEO and I have faith in the team that they have the ability to deliver the bank’s new plan and so far the trend is good and I think we should be encouraged to actually deliver what the plan says.”

Within the next two years I think UT will bounce back as we are seeing profits in our third quarter performance improve, Prince Kofi Amoabeng said.