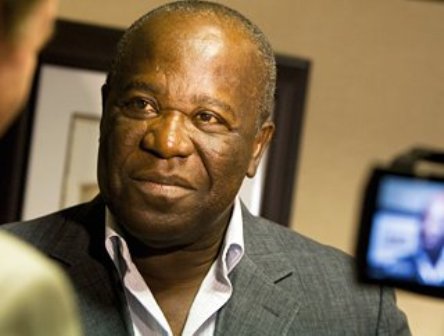 [contextly_sidebar id=”QM5lV4ubctJGpsPcG2QvliAVwzWbl2X5″]Cavalla Resources is a wholly-owned subsidiary of investment holding company Jonah Capital, a private company with a portfolio of assets primarily in the mineral resource sector in sub-Saharan Africa and owned by business mogul Sam jonah.

Work has begun at Goe Fantro and the development of the other assets will follow in a phased approach.

Scoping studies indicate that Goe Fantro can be brought into production by 2018 at a capital cost of between $160-million and $230-million to produce five-million tons a year of 58% to 62% iron at an estimated operating cost of $22/t, free-on-board at Buchanan port.

“We look forward to working closely with government and the local communities where we operate, to contribute towards the continuing growth of the Liberian economy,” Jonah Capital and Cavalla executive chairperson Sir Sam Jonah said in a media release to Creamer Media’s Mining Weekly Online.

Sir Sam, who began his career in mining at Obuasi gold mine in Ghana in 1969 as a $73-a-month shovel boy, is a former Ashanti Goldfields CEO who helped to form the JSE- and NYSE-listed AngloGold Ashanti with current Business Leadership South Africa chairperson Bobby Godsell.

The combined defined 1.9-billion ton resources are calculated to include 132-million tons of direct shipping ore at 57% iron.

Jonah said he hoped that the transaction would serve as a catalyst for attracting further investment to Liberia, where the development of the mineral resource sector was well under way.

Cavalla, which also has a further exploration licence at Kitoma II as well as the right of first refusal over three additional exploration areas, now has the opportunity to become a low-cost producer of quality iron-ore, with minimal logistics and infrastructure risk.

The transaction is also said to enjoy the full Liberian government support as it fosters economic growth following the eradication of the ebola virus in the country.