Banking stocks to recover next year after poor show on GSE 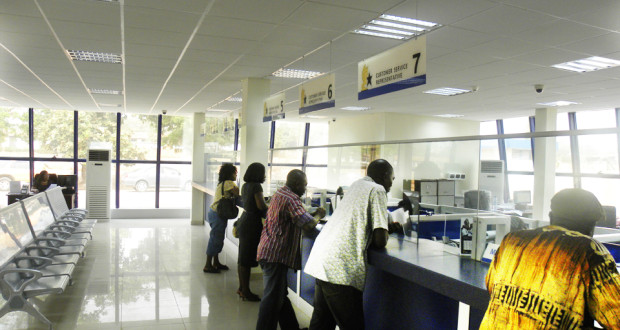 Stock market analysts are projecting that banking stocks on the Ghana Stock Exchange (GSE) will perform better next year (2016) than they did this year (2015).

[contextly_sidebar id=”ZTqH2X6CLWvuSmgIYfY1f8vjy01cECAp”]All the banking stocks on the stock exchange with the exception of the Trust bank of Gambia recorded  declines in their share prices this year as compared to 2014.

Stock analyst with UMB Stock Brokers, Nana Agyeman Gyamfi explained to Citi Business News the banks didn’t perform well on the bourse because though ‘the banks posted impressive results it didn’t reflect much because investors were trying to look to the long term, for example, Standard Chartered  last year announced that they will have challenges with their top and bottom line due to the economic challenges and you can see that the bank’s profit compared to other years has fallen and you can see this with GCB and SGSSB so you can see that investors adopted a wait and see attitude.’

Trust bank of Gambia as at December 14, 2015 was the best performing banking stock on the Ghana Stock Exchange from January, 2015 share price.

The stock unlike other banking stocks was the only one which added more value to its share price.

Share price for the bank increased by 54.2 percent from 24 pesweas to 37 pesweas.

Indigenous bank ,UT bank was the biggest loser for this period.

Its share price declined by 60%, having shed 60 percent off its initial share price of 25 pesewas and now at 10 pesewas.

Ghana Commercial Bank was the third loser having lost 28.7 percent year to date.

Its share price is currently at 3 cedis 78 pesweas after closing the previous year at 5 cedis 30 pesweas.

Societe General has so far lost 20 percent of its share value and as at Friday it share price was 80 peseas after ending 2014 at 1 cedi.

Meanwhile Standard Charted bank has so far shed 19.9 percent in its share value after closing 2014 at 20 cedis 35 pesewas.

The share price of the banking stock is now at 16 cedis 30 pesweas.

Cal bank is at number 6th after losing 15 .8 percent, it is currently at 85 pesweas after closing last year at 1cedi 1 peswa.

The rest of the decliners are Ecobank Ghana and Ecobank Transnational Incorporated (ETI) they both lost a little over seven percent in their share price.

He believes the stocks will perform better next year.

‘2016 definitely it will be a better year looking at the fact that for the stocks that have been losing grounds we have seen a slowdown in  the level of drop in share prices in the last two months. For the first six months of next year it will improve. I believe 2016 will see a positive return on the market. The other draw back may be the elections in 2016 usually investors withdraw during this period’.