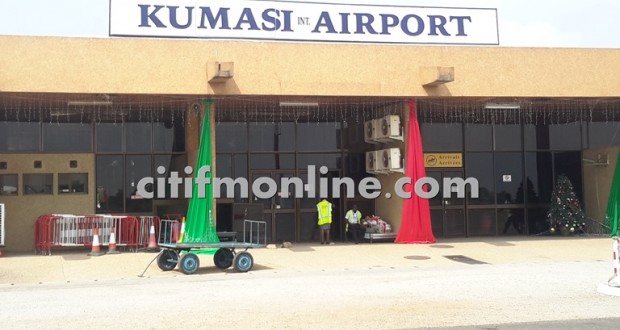 The Civil Aviation Authority (GCAA) has disputed claims that the Instrument Landing System (ILS) in Kumasi is not functional.

[contextly_sidebar id=”H9Pm5uX5WHBuNcwLe9KDIauet4EO3y6P”]The ILS which cost the nation 800,000 euros, was acquired in 2014  to help reduce situations where aircrafts will be unable to land at the airport due to severe weather patterns including the harmattan.

But months after its installation local  airlines were forced to ground flight operations over the weekend due to the harmattan.

Questions have been raised on why the regulator of the industry the GCAA directed the airlines to put on hold flight operations despite the installation of the ILS, with some industry players alleging that the ILS is currently not functional.

But the Deputy Director General of the GCAA, Martey Atoklo disputes the claims.

He says it would be suicidal to allow flight operations during this period when the harmattan is severe.

“The government says the ILS must be operated safely so we are sticking to 1200 km below that if it is 800 or 900km, we cannot use it because we are supposed to save lives the weather is so bad …it is from Chad all the way to Senegal, we cannot do anything until the natural phenomenon is over. The ILS is working but you have to operate within a certain weather minimal below that, we will not allow that, it will be suicidal to do that, people will kill themselves it’s not safe. We have category one, category two then we have category 3 AB and C, the C is one that gives you a zero visibility landing but even that you will need some radar vectors.” He said.

He fears “people are skewing their arguments to levels that are so unfortunate … even a car if we have rains, some people park their cars others too risk and drive and get their vehicles in gutters,”

Earlier the authority announced local airlines will be allowed to start flight operations on the 15th of December, 2015 by then the harmattan weather would have cleared up.