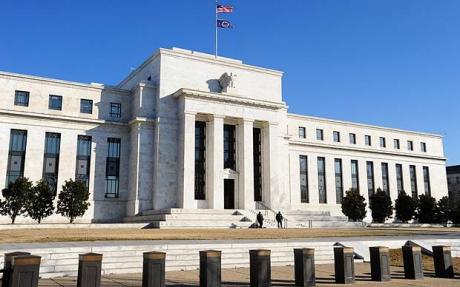 US Federal Reserve raises interest rates by 0.25%, a move with potential global repercussions.

[contextly_sidebar id=”KsFxJrSjnYW8TIMYACuGX4EXzRZ53WqC”]The move takes the range of rates banks offer to lend to each other overnight – the Federal Funds rate – to between 0.25% and 0.5%.

The US central bank also raised its projection for economic growth next year slightly, from 2.3% to 2.4%.

That suggests the bank does not think the rate increase will damage growth. US share markets jumped in response.

Here in Ghana there are fears the cedi is likely to depreciate further against the dollar in the coming days following the increase.

According to Economist Dr Ebo Turkson increasing the Fed rates will see the cedi struggling against the dollar and believes foreign exchange inflows from a likely Eurobond issue early next year may save the cedi from this development.

Dr. Ebo Turkson fears the Eurobond may attract at least a 11 percent interest if the US Federal reserve increases its rates and Ghana goes ahead to issue early next year.

“We paid 10.75 the last time we are going to probably with a higher rate especially given the fact that by that time the US Fed rate has been increased and if it does and the UK also somewhere in February then it means that we need to entice investors with a higher yield for them to decide not to send their monies to the US or UK but to give that money to you so that is the challenge that we will be facing… the way government is desperate for the money, the investors will also want to see if they will get a higher rate which will definitely be much higher,”