Water tariff hikes to push companies out of business 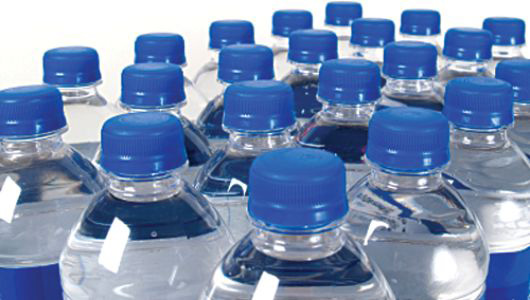 The increased cost of water is having adverse impact on businesses that use water on a large scale.

The price of water has since December last year, gone up by 67.2 percent.

The sachet and packaged water producers association of Ghana were the first to have hinted of price hikes due to the increased cost of operations.

[contextly_sidebar id=”T65Ve7PsdISbOK7DoD2kfYmx5BgfpJ0W”]According to them effective February 1, the price of a sachet of water will increase from 20 pesewas to 30 pesewas while a bag of 30 packets of sachet water will shoot up from 3 cedis to 5 cedis.

Some businesses engaged in water delivery services have hinted to Citi Business News, plans to shut down their operations due to increased cost of water.

According to them, the decision has become necessary as their profit margins have also declined.

They contend the price of a 1250 liter water tanker for example, has increased from 7 cedis to 15 cedis.

Some of them who have been speaking to Citi Business News however say they are not increasing their charges anytime soon.

“It is affecting me because this is the job that I engage in to buy fuel for my vehicle, pay my assistant and also support my family, we haven’t increased the prices because we do not know whether they will reduce the prices or not… this is not helping me, maybe I will change and find another business,” Mohammed a water tanker operator lamented.

“We buy at 15 cedis, buy petrol or diesel for our vehicles what we are selling at this price is affecting us because we do not get anything from it, we have not even  increased our prices…everyday we are planning to quit because of the way things are going.”

Meanwhile Citi Business News has also been finding out from some washing bay operators how they have been affected by the development.

Damir Divine who is a supervisor at a washing bay in Adabraka tells Citi Business News her company now pays 5 cedis more following the increase,

“Before they increased it, it used to cost 15 cedis but for now it has increased to 17 cedis and even at times 20 cedis because they claim their cost of operation has shot up”.

Like Divine, he also complains of a decline in customers as a result of the situation,

“A lot of the customers have left because the prices have gone up, whatever I get, I use to purchase electricity and pay the workers at the end of the day, and there is no benefit.”

But unlike their counterparts involved in the supply of water who are considering quitting operations, the car washing bay operators say they are coping with the situation.

“No because some people get to understand why we increase it some are taking it in good faith but some too are not happy with it,” Divine stated.