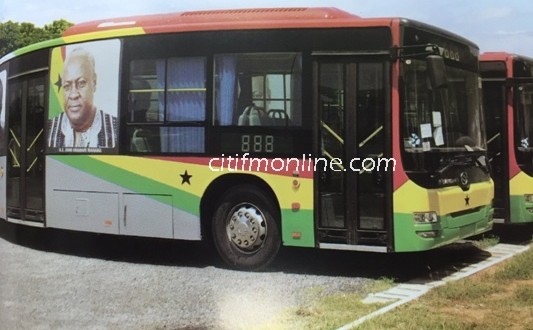 The pilot project for the much anticipated Bus Rapid Transit (BRT) transport system Citi Business News has gathered is expected to commence finally in June, 2016 according to the Ministry of Transport.

The new date comes after the start date was postponed several times.

The earliest date which was set for the resumption of the programme was in March 2016, after the November 2015 start date was changed.

The new transport system is to improve vehicular movement and reduce delays on some busy streets.

In an interview with Citi Business News the Chief Director of the Ministry of Transport, Twumasi Ankrah – Selby said 38 out of the 85 buses to be used for the pilot project have been delivered by the manufacturer.

“We are definitely going on with that program but we are completing some of the civil works. We are starting with the Amasaman- Accra corridor which we are almost through with it except a depot at Achimota,”

“We are hoping that by June this year, at least we should be able to start with the pilot at Amasaman corridor while we also put in place the necessary arrangements for the other corridors like Accra-Kasoa because we are expecting about 85 buses to start; for now we have 38. The bus manufacturer has also given a schedule by which time they would have supplied the 85 buses,” Twumasi Ankrah Selby stated.