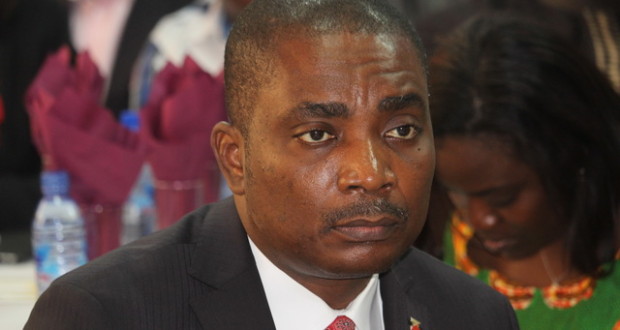 In a rather interesting turn of events the former MD of Zenith Bank, Daniel Asiedu, has been appointed as the new managing director of Agricultural Development Bank (ADB). Daniel Asiedu’s appointment takes effect on March, 1st,2016.

Daniel Asiedu retired from Zenith Bank a few days back after being at the helm of affairs for 6 years having being appointed MD of that bank in 2010. He takes over from Stephen Kpordzih who resigned from the bank on January 11, 2016.

Prior to Mr. Kpordzih’s exist from adb there has been massive opposition to his continuous stay in office by the bank’s workers’ union, accusing him of mismanaging the bank.

They subsequently called for his resignation and the dissolution of the bank’s board.  The workers accused the MD and the board of selling the bank’s head office for $10 million only to rent a facility at the cost of GHC1 million a month.

He was also heavily criticized over moves by the bank to launch its Initial Public Offer (IPO).

The launch was  put on hold several times following a number of law suits filed against the bank over the decision to launch an IPO without parliamentary approval.

The last suit that was filed against the launch of the offer was by the Member of Parliament for New Juaben South, Mark Assibey Yeboah, but was later withdrawn.

The IPO took off late last year and is expected to end in February.

The bank was also hit with a number of court cases last year following the dismissal of a number of workers. Daniel Asiedu will be faced of managing these challenges and others He is reputed to have built a solid bank while in office at Zenith Bank. Daniel Asiedu is a Chartered Accountant by profession.

During his tenure at Zenith bank he was awarded the Outstanding Role Model Award as well as the exceptional Leadership Award.