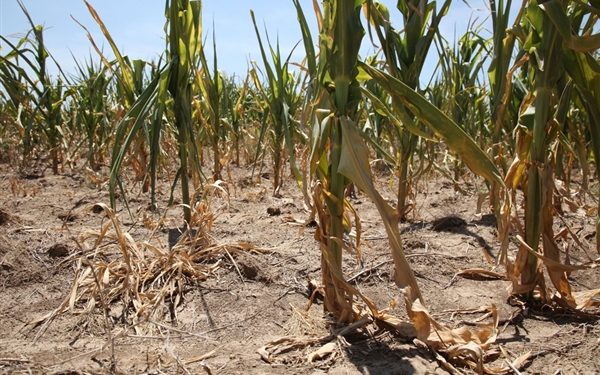 The Ministry of Agriculture is expecting crop production to be severely affected this year, following the dry weather being witnessed across the country with no rainfall expected in the next few months.

The Ghana Meteorological Service has already predicted a possible drought that could lead to severe food shortage this year, if appropriate steps are not adopted to tackle the threat.

The country has been experiencing a dry spell in the past few years which is expected to worsen this year as a result of El Nino weather events.

This periodic weather event, which tends to drive up global temperatures and disturb weather patterns, pushed 2015 into the record books as the world’s warmest year.

The strongest El Nino weather cycle on record is likely to increase the threat of hunger and disease for millions of people in 2016, according to some aid agencies.

This weather phenomenon is set to exacerbate droughts in some areas, while increasing flooding in others.

Some of the worst impacted areas are likely to be in Africa with food shortages expected.

Speaking on the Citi Breakfast Show, a Deputy Minister of Agriculture in charge of Crops, Dr. Alhassan Ahmed, said his outfit was yet to complete assessing the country’s current food situation despite being aware of the oncoming conditions.

Dr. Ahmed noted that Ghana was likely to face harsh conditions unless the rains come, but added that the Ministry of Agriculture was advising government on the appropriate steps to take to offer some food security.

“The ministry of food and agriculture is the advising agency on such matters to central government and I know that at the end of this month or and middle of March, all the computations on our food situation would have been confirmed and we will be in a position to tell our full balance sheet and advise central government accordingly,” he explained.

What is El Nino?

El Nino is a naturally occurring weather episode that sees the warm waters of the central Pacific expand eastwards towards North and South America.

It was originally recognised by fishermen off the coast of South America in the 1600s with the appearance of warm water in the Pacific Ocean.

The phenomenon, which happens every two to seven years, usually peaks late in the calendar year, although the effects can persist well into the following spring and last up to 12 months.