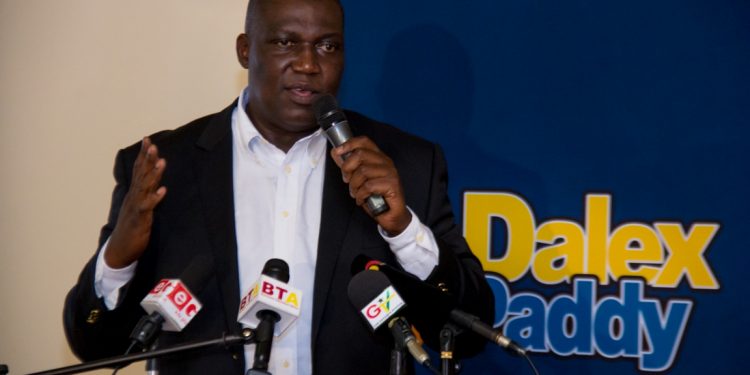 Chief Executive Officer of Dalex Finance and Leasing Company Limited, Ken Thompson, has taken a swipe at government over the rate of borrowing, suggesting that the country is broke

Providing startling analysis to back his claim, Ken Thompson said inequitable taxation and appalling lack of investment in the agricultural sector was exposing the economy to further risk, pushing the state into a non-credit worthy country.

His comment follows government’s announcement that in February 2016 alone, it intends to borrow over 6 billion cedis from the money markets through bonds, treasury bills and notes.

Speaking at the Chartered Institute of Marketing Ghana (CIMG) Evening with Kenneth Kwamina Thompson on the theme, “in the abundance of water” – Ghana’s Economy in 2016, Ken Thompson questioned how the country can develop with the current rate of borrowing suggesting that, the country was on path of becoming like Greece.

“Ghana is broke and we are playing the blame game but what do we do; we continue to borrow as a developing country and if we borrow to the max how are we going to develop as a country? We have created a time bomb; our debt as a percentage of our GDP just keep going up- 2013 was 55.6%, 2014 was 67%, 2015 was 70.9%, this is from the MPC. The reality is we are going to default crises which is also known as Greece.” the Dalex Finance CEO remarked.

He added,”there is always an argument that we need to borrow to finance our infrastructure but that is very unnecessary as we are borrowing too much to invest in projects that are not bankable.”

Ken Thompson, however, asked that government only borrow to finance infrastructural projects which are bankable or can pay for itself.

“If you direct your infrastructure into the project that will deliver economic benefits which in the future can pay for itself, then yes you can borrow. Over the years, infrastructure is influenced by political considerations and I can say all the time with regards to corruption, we can see it; feel it; but we don’t have evidence so there is no corruption, that is very bad for us as a country,” he lamented.