GUTA bares teeth at GIPC over foreigners in retail trade 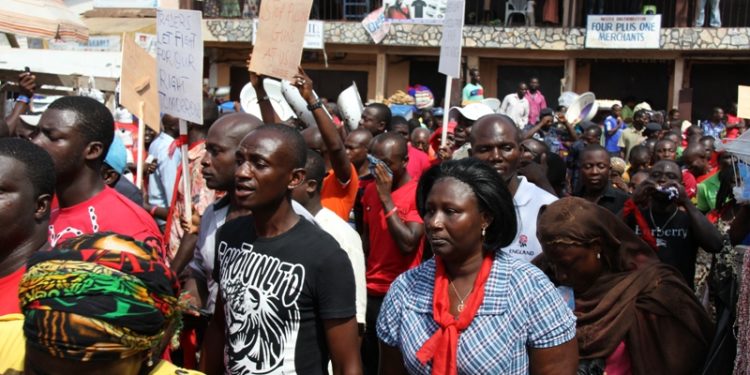 GUTA had raised numerous concerns at the influx of foreign businesses particularly Nigerian owned ones on the retail market.

The traders say the development has impacted heavily on their operations.

Several attempts by the government to flush out the foreigners had also been constrained by some ECOWAS and other international trade protocols.

GUTA which is currently pushing for the removal of some taxes also believes the continuous stay of the foreign businesses will force some of their members out of business.

Speaking to Citi Business News, a National Executive member of GUTA, Benjamin Yeboah urged commitment from the GIPC to drive out the foreigners.

“As at now we do not really see the help coming from GIPC, we took members of GIPC around and we found that four out of every five shops are owned by foreigners, notably a Nigerian and the other a Ghanaian.” He stated

“The GIPC said they took the names of those people flouting our laws and they told us they will write to them. We were expecting to be notified but we have just been informed that GIPC has gone to serve the letters. As at now, we do not really know what is happening, you can go and check and see if the foreigners have left those retail shops they are occupying in the market area,” Benjamin Yeboah further explained.

In a related development, members of GUTA are yet to respond to directives by the Union to hang red flags on their shops to support their demands for a reduction in the various taxes imposed on imports. The group is also pushing for the scrapping off of the ECOWAS Common External Tariff (CET) introduced early this month.