Price of imported rice decline in third week of February 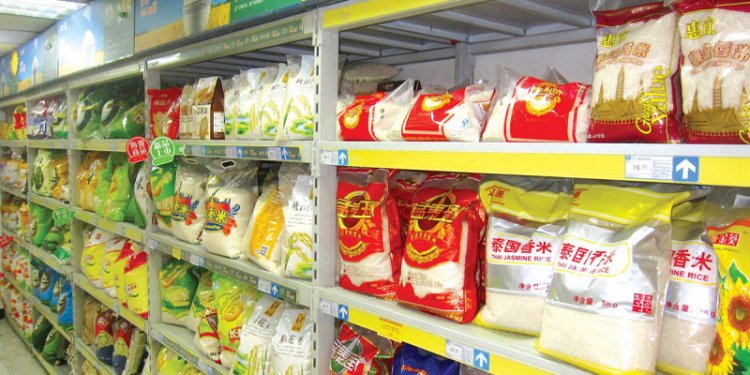 For the third week of February, imported rice recorded the highest drop of twenty percent.

A five kilogram bag of imported rice is now selling at 21 cedis 90 pesewas.

This was followed by local rice which lost five percent to close the week at 6 cedis 80 pesewas per medium size tin.

Groundnut and cowpea followed with 4 and a percentage drop in price respectively.

Meanwhile the prices of yam, maize and gari made gains of between 3 and 7 percent.

Also, the price of tomato which has been declining  for the past three consecutive weeks, increased by one percent to close the week at 6 cedis 90 pesewas per medium size tin. Similar declines were recorded by fresh tubers of cassava and soya beans.

On the various markets, a medium size tomato tin full of fresh tomatoes lost 7 percent in Accra to close the week at 9 cedis 30 pesewas; it lost 4 percent in Techiman to close at 7 cedis.