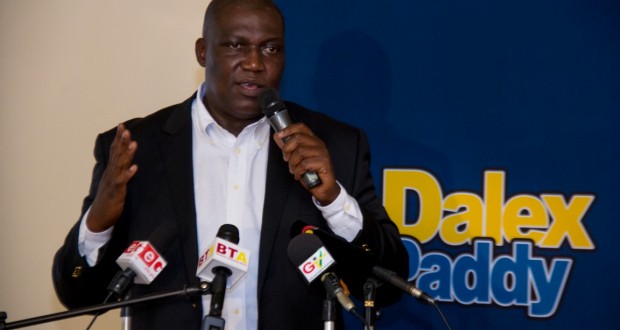 As the government comes under intense pressure from the International Monetary Fund (IMF) and donor partners to scrap tax exemptions from the country’s tax laws, there is growing concern of a negative impact of the decision on local business which some say could collapse Ghanaian owned companies.

Chief Executive Officer of Dalex Finance and Leasing Company Limited, Ken Thompson, says scrapping of tax exemptions is unnecessary as it could lead to the country losing foreign direct investments.

The IMF and some donor countries have insisted that Ghana must eliminate its tax exemptions to enable government accrue more revenue for development than depending on aid.

Under the current tax regime, some foreign companies operating in some parts of the country are exempted from tax of up to 10 years among others.

But in an interview with Citi Business News, Chief Executive Officer of Dalex Finance, Ken Thompson called for a tax exemption policy which gives equal opportunity to both local and foreign businesses; insisting that scrapping the tax exemption was unnecessary.

“There is some argument for tax exemption and we got to remember that we are competing with other countries for foreign investments. But we’ve got to the point where really we could give all our resources to somebody and they will take all away and we don’t care and that is what we need to address. As a local business person I get zero exemption while a foreigner sets up a business here they could take out as much as they want and those are the inconsistencies that need to be addressed. We need to come out with a policy that could be applied consistently, one that will make Ghana attractive.” Ken Thompson stated.

On whether he supports totally scrapping tax exemptions from the country’s tax laws or not, Mr. Thompson disagreed. He rather suggested local businessmen be allowed to charge the losses that they make against future profits. “If a foreigner comes into the country and makes certain investments and by whatever standards they are allowed to have some exemptions to make it possible for them to recoup their investments, why not? I am all for it”, he said.

He maintained that “exemptions are not new policies, we almost make it seem as if we are the only country applying tax exemptions but our problem is that it almost seems as if we have opened the door too wide and nobody bothers to close the door.” Ken Thompson added.