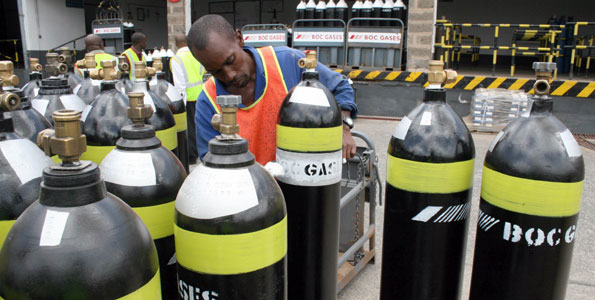 BOC Kenya has appointed its second female chief executive in a row, retaining its status as one of the few publicly traded firms headed by a woman.

The industrial gas manufacturer has appointed Millicent Onyonyi as its new CEO effective April 1, having hired her from oil marketer Oilibya where she has been serving as regional retail coordinator covering 18 markets on the continent.

The oil marketer is owned by the Libya African Portfolio, a sovereign investment fund set up by the late Muammar Gaddafi.

She replaces Ms Maria Msiska who left at the end of January. Besides BOC, Total and DTB are the other listed firms with female CEOs Anne-Solange Renouard and Nassim Devji respectively.

Her first assignment will be to defend and grow BOC Kenya’s market share which is increasingly under attack from imported medical oxygen.

Sale of medical and industrial gases accounts for 80 per cent of BOC Kenya’s total revenue, with the Ugandan and Tanzanian export markets making up a tenth of total annual sales.

Mrs Msiska was appointed to head BOC Kenya in September 2010 after the company failed in its bid to acquire its rival Carbacid, a takeover that would have given it a presence in the lucrative carbon dioxide market.

This was after John Kariuki resigned in March 2010 amid BOC Kenya’s sluggish performance, difficulties in entering new markets and failed takeover of competitor Carbacid Investments.

BOC Kenya posted a 24 per cent decline in net profit in the half year ended June 2015, weighed down by lower sales which the manufacturer attributed to increased competition from imported products.

Net profit in the period stood at Sh65.1 million compared to Sh85.6 million a year earlier.