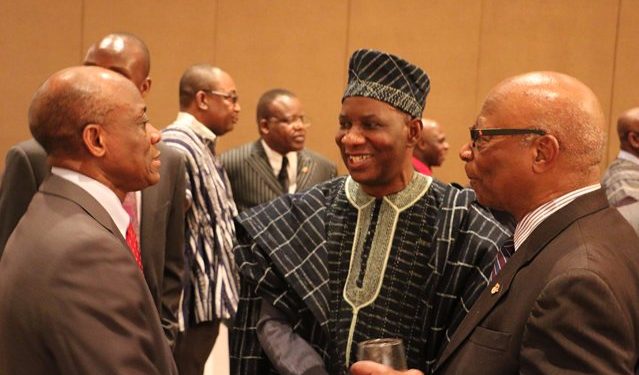 Finance Minister Seth Tekper says Canada is willing to help Ghana establish an export-import bank, commonly known as an EXIM bank that will help facilitate trade between Ghana and other developed countries.

Ghana has been relying on Canada and other developed nations for more than three decades for foreign aid.

Speaking in an interview in Canada, Mr. Terkper stressed that it is imperative that the country re-strategizes to meet its new status

Ghana attained a middle income status after the economy was rebased, weaning it off some level of international grants.

The new status, according to Mr. Terkper has caused a reduction in the level of grants, while prices of Ghana’s main export earners, cocoa , gold and oil drop on the world market.

He noted that Ghana is therefore partnering with its development partners to facilitate more trade and investment rather than relying on them for aid.

The Need to move from Aid

He explained that the establishment EXIM bank is one of the instruments designed by the economic team to enforce trade.

“What we are doing now is to embark on export led growth where we implement policies that encourage more exports,” he said.

On March 2,  parliament passed the Ghana Import/Export Bank (EXIM) Bill into law. The bank when set up will be autonomous and would serve as the link between government and exporters by providing guarantee for export financing.

Mr. Terkper said the establishment of the EXIM bank will also help in the quest to shift the economy from relying solely on cocoa, gold and oil.

“We launched the Ghana EXIM bank to give a better boost to non-traditional exports,” he said.

He added that, “It’s a strategy to encourage businesses to export from Ghana to advanced economies is a very important one.”