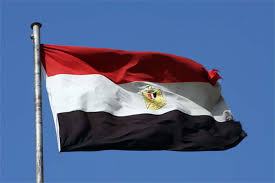 The Israeli Supreme Court ruled Sunday to halt the Israeli government’s plan to regulate the natural gas industry, in a move that is set to complicate export deals with Egypt and other states.

In November, Israel’s Leviathan partners entered into negotiations with Egypt’s Dolphinus Holdings to supply as much as 4 billion cubic meters of natural gas annually for 10 to 15 years, according to Bloomberg. Dolphinus Holdings Ltd. is an Egyptian firm that represents non-governmental, industrial and commercial consumers, headed by Egyptian businessmen Alaa Arafa and Khaled Abu Bakr.

Potential export deals include other countries that neighbour Israel like Jordan and Turkey.

The court gave the Israeli government a year to reach an alternative arrangement, Haaretz reported.

Netanyahu viewed the Supreme Court’s decision negatively, saying it severely harms the economy “twice”, by delaying the extraction of gas from the sea and by reinforcing the perception that Israel is a state “with over-legalisation and over-regulation”, Reuters reported.

Similarly, Noble Energy’s chairman David Stover described the ruling as “disappointing”, and called on the Israeli government to “deliver a solution” that meets the terms of the framework of the deal, Israeli business website Globes reported.

Previously an importer of gas, Israel has recently established itself as an exporter following the discovery of the Leviathan offshore deposit and Tamar fields in 2009, which allowed the country to cover its domestic needs and shift its regional position in the resource market.

The huge Leviathan natural gas field is expected to be operational by 2019.

The Egyptian government had expressed its approval of importing gas from Israel by private Egyptian companies amid an energy crisis that intensified in the past years. However this has yet to materialise into actual imports.

The potential deal with Dolphinus indicated that the gas would be supplied from Israel through the existing pipeline operated by East Mediterranean Gas Limited (EMG). The decade-old pipeline was used to transfer Egyptian gas to Israel from 2008 until 2012 when the supply was halted.

Tensions arose between Egypt and Israel regarding energy supplies after Egypt’s 20-year agreement to sell gas to Israel collapsed in 2012, following repeated attacks by militants in the Sinai peninsula on the pipeline used to transport the gas. The attacks came in the context of political turmoil and security unrest following the 2011 Uprising.

Israel resorted to international arbitration to seek compensation for the halt of Egyptian gas supplies.

Despite its initial approval, Egypt decided to freeze import talks with Israel until a decision on the appeal of the Swiss Court’s ruling is made.

In the midst of this legal confrontation, the Egyptian minister of petroleum stated that private companies require the government’s approval for importing gas from Israel, thereby halting talks on any import deals until the compensation is abdicated.

As air traffic in amid the coronavirus pandemic has started picking up gradually, South Africa Airways (SAA) has re-launched its...