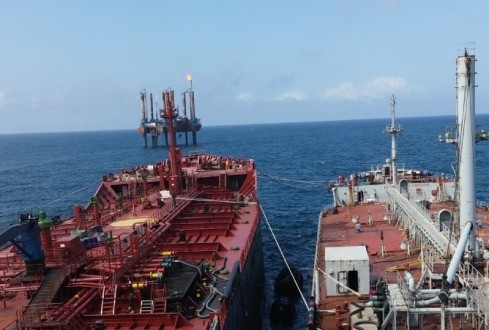 The Economic and Organized Crime Office (EOCO) is investigating the activities of the Saltpond Oil Producing Company Limited following its failure to pay royalties to the state.

[contextly_sidebar id=”gGdgllQZoeftXBAGow8fGBrMcR0Ti19d”]The Public Interest and Accountability Committee (PIAC) has said the company which started operations years ago has failed to pay royalties on over twenty five thousand barrels of oil lifted from the field.

The Chairman of PIAC, Professor Paul Buah-Bassuah speaking to Citi News about PIAC’s findings said when they released that the Saltpond Oil company was not producing, they informed the Ministry of Finance about it.

“So if you produce during that period and we get our revenue through taxes then what are you trying to tell us.  Then they are supposed to pay tax and when it is quantified we will know the amount. They are seriously under investigation by EOCO and the report has been released to the Attorney General’s department and we have written to the department to find out details of Saltpond Oil field and their functions,” Buah-Bassuah added.

The development follows a PIAC report which revealed that Ghana’s proceeds from oil fields decreased by over 50 percent for the first half of 2015.

According to the report, total petroleum receipts during the first half of the year was US$274.47 million compared to US$562.48 million received during the same period in the preceding year, representing a 56% decline in revenue.

The significant decline in revenues was attributable to a sharp decline in global crude oil prices which affected all sources of petroleum revenues, especially CIT.