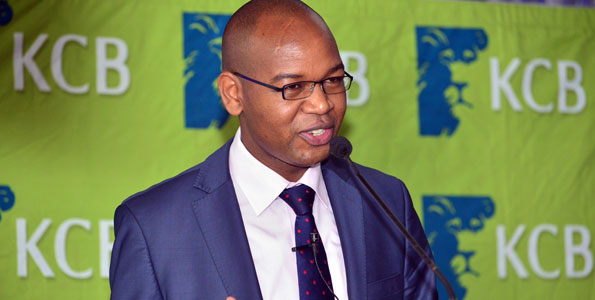 KCB Group is set to reap huge from new business after it opened an Ethiopian representative office amidst a planned slowdown in branch roll-out, investment bankers at New York-based Citi say.

With the savings and new business, the price of each share of the banking group is likely to rise further from the current levels of Sh41 to about Sh58, according to the analysts.

A similar conclusion is arrived at by Nairobi-based Genghis Capital which points out that the Ethiopian representative office and the planned entry into the DR Congo and Mozambique are likely to have a positive impact on the financial results this year.

Citi notes the KCB is establishing a foothold in Ethiopia to service Kenyan clients who do business in Ethiopia.

“While the Ethiopian banking market remains closed to foreign banks, KCB believes this will change within the next few years. KCB is only the second African bank to open a rep office in the country,” says Citi.

The New York-based investment bankers argued that “Ethiopia is one of the last remaining sizeable frontier markets untapped by foreign investors. As such, we view KCB’s entry modest, as it may be at the moment a promising development”.

On its part, Genghis says, the bank share price has an upside of 39 per cent to about Sh58, noting that its cost-to-income (CTI) ratio is improving thanks to the use of non-traditional delivery channels.

“We believe this ratio is bound to be enhanced to less than 50 per cent by financial year 2016, largely driven by the efficient utilisation of the bank’s alternative channels such as mobile, Internet and agency platforms,” said Genghis Capital.

Falling cost reflects the slowdown in setting up new branches, which is largely a factor of technology and agency banking.

“Branch growth is slowing down. KCB said that its total branch count will not decrease in the next two to three years, but the growth rate of branches will decrease. In our view, this is the logical consequence of the robust success of alternative banking channels (mobile, agency,) in Kenya. Over the longer term, we believe this should structurally reduce the cost structure of the bank,” said Citi.