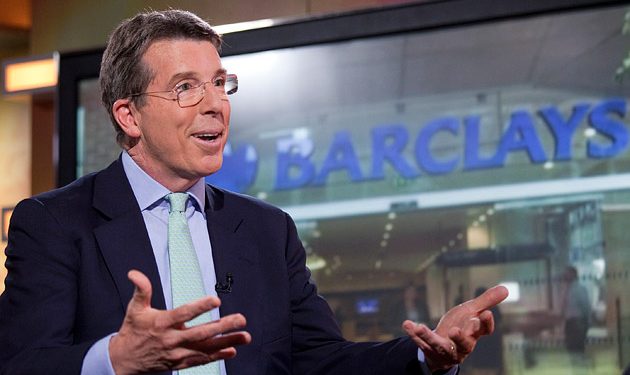 Former Barclays Chief Executive, Bob Diamond, is lobbying investors to back a takeover bid for a swath of the UK bank’s African empire that he helped to construct. His audacious move comes after Barclays announced plans this week to sell its African operations, which date back almost a century.

The retreat, has raised concerns among customers and regulators about the future of one of the continent’s biggest lenders.

People familiar with the matter also say Mr. Diamond has held preliminary talks with global investors who he hopes will put hundreds of millions of dollars into a deal to buy Barclays’ African operations outside of South Africa.

The deal, would be a remarkable comeback for Bob Diamond, who created Atlas Mara as a London-listed vehicle to invest in African banks after being ousted from Barclays in 2012 over the Libor rate-rigging scandal.

Mr. Diamond is betting that Barclays will decide to undo the merger he oversaw five years ago of its operations in 11 countries across Eastern and Southern Africa with Absa, one of South Africa’s biggest banks.

This could pitch the former Barclays Chief against Jes Staley, the lender’s new boss, who has been unpicking its global ambitions since taking over last year to focus on its core markets of the UK and US.

People who know the former Barclays boss said he had discussed his move with potential investors, adding that sovereign wealth funds in the Middle East and Asia are seen as the most likely sources of funding.

However, they said it could be challenging for Atlas Mara to raise enough money as its £230m market capitalization is swamped by the £1.5bn that Barclays’ operations outside of South Africa are expected to be worth.

“This is the opportunity of a lifetime for him,” said a person who knows the Atlas Mara founder. “It is a very difficult transaction in my view, but if anyone can pull it off it is definitely Bob.”

He could face competition for the non-South African assets of Barclays in the continent, such as from China’s ICBC, which owns a large stake in South Africa’s Standard Bank.

Another potential bidder is France’s Société Générale, which has operations in 18 African countries. Rivals say there are few strategic buyers for all of the UK bank’s 62.3 per cent stake in Barclays Africa Group, its Johannesburg-listed subsidiary. Regulators are expected to block any attempt to merge with a local rival, such as FirstRand or Nedbank.

This could mean Barclays has to sell down its African stake into the market by offloading it in chunks to institutional investors.

The UK bank has given itself two to three years to sell the stake below a level to de-consolidate it from its accounts. An alternative would be to sell its banking interests in 11 countries outside South Africa before selling down its stake.

But there is no guarantee that the independent board of Barclays Africa Group will approve such a move. “I would have thought a split may be a solution here,” said one banker. “But the optics are horrible for Barclays to sell to Bob Diamond. They will not want to do this.”

Barclays Africa generates only about 20 per cent of its profits from its operations outside of South Africa, which include Kenya, Tanzania, Uganda, Botswana, Ghana, Mauritius and Zambia. Atlas Mara and Barclays declined to comment.