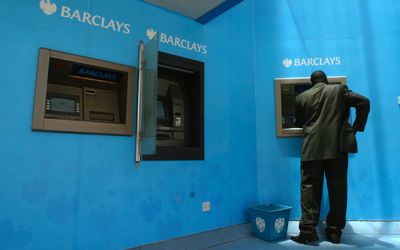 NAIROBI — Equity Bank, Kenya’s biggest bank by deposits, might be interested in buying parts of Barclays’s Africa business, its CEO said on Tuesday.

James Mwangi said he saw potential acquisition opportunities following Barclays’s decision to reduce its stake in its Barclays Africa Group, which has businesses across Africa.

“If there is anybody who is well-positioned in the region to take up the spoils, it is Equity Bank,” he said about the Barclays decision, citing Equity’s focus on small-and medium-size enterprises as a major competitive advantage.

Alongside Kenya, Equity has operations in Uganda, Tanzania, South Sudan, Rwanda and the Democratic Republic of Congo. Mr Mwangi said he saw opportunities to expand in Uganda, and was interested in prospects for a new business in Ghana, in West Africa. In the past five years, as Equity expanded in the region, the bank had maintained a return on asset rate of 4.5% and a return on equity rate of about 25%, Mr Mwangi said. “Now that subsidiaries have broken even, and have started enjoying significant growth, we see ourselves returning to a return on asset of 5% and a return on equity of 30% by the end of this year,” he said.

Weaker currencies in Uganda, Tanzania and Kenya last year drove up prices and led to foreign exchange losses. But Mr Mwangi said a steadier environment this year would boost earnings.

“We are almost headed to a stable macroeconomic environment where inflation has started coming down, where exchange rates have stabilised,” he said.