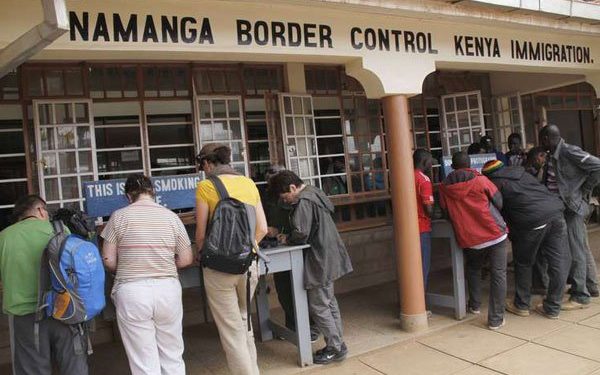 Another major tax evasion ring has been busted at one of the border entry points as the government battles to seal revenue leakages.

The latest bust involves Kenya Revenue Authority employees and those of Equity Bank.

The racket, which is said to have cost the government over Sh120 million in unpaid import duties at Namanga border post, comes barely a month after a similar one was discovered at the port of Mombasa.

And last December, the taxman discovered containers with sports utility vehicles with a market value of more than Sh28 million, which had been declared as items such as baby car seats and bed sofas in what was suspected to be an elaborate tax evasion syndicate.

In Wednesday’s operation, two Equity Bank staff and an unnamed number of KRA personnel were arrested and are set to appear in court soon.

The Daily Nation has since learnt that a reconciliation jointly done by KRA and operations staff at Equity revealed that a total of 2,926 transactions worth Sh123.6 million and which involved 916 taxpayers, were initiated in the tax collector’s operations system, Simba 2005, without corresponding transactions in Equity Bank systems.

On Wednesday, officials said a forensic audit conducted by the bank showed that the traders had presented fake bank slips forged with the complicity of the two suspects colluding with the KRA staff members to post false entries that showed taxes for the goods were remitted, while in actual sense no money was paid.

Equity, Kenya Commercial Bank and National Bank are authorised to collect revenue on behalf of KRA.

A highly placed source at Equity, who requested not to be named because he is not authorised to speak on its behalf, confirmed that two of its staff members had been handed to the police in Namanga after computer forensic analysis showed one machine allocated to an employee had been used to log onto the KRA IP address.

“In a subsequent meeting with KRA, police and the cybercrime team, we agreed that they fast-track the investigation, get the beneficiaries, recover the money and prosecute the criminals,” said the bank official.

The unscrupulous traders could also find themselves hauled before the courts for fraud and tax evasion.

They may also be compelled to pay duty for the goods that crossed into the country on diverse dates late last year.