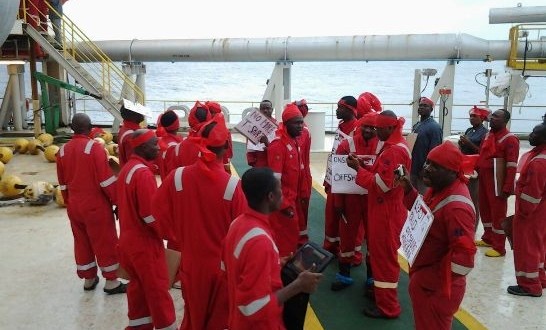 Labour expert, Mr. Austin Gamey has advised leaders of the Ghana Transport, Petroleum and Chemical Workers Union to use the Labour Commission to address their grievances and not resort to strike.

This follows threats issued by the union to go on strike if government does not resolve issues of salary disparities between local and expatriate workers in the industry.

[contextly_sidebar id=”AP0KsspkIBb4E6a5t9BhciPr90cRVrJ2″]The leaders of the union revealed to Citi Business News that local workers receive 2,000 cedis, while their colleague expatriate workers receive 7,000 cedis even though they have the same qualification and job description.

But speaking to Citi Business News, Mr. Gamey cautioned the workers to consider all the variables involved since the strike may not have the intended impact.

“If you are negotiating and you cannot achieve your wish, you don’t go on strike, that is a coward way of doing things, you go to the National Labour Commission either through mediation or arbitration because there is finality to everything and that is the law”, he stressed.

He explained that salaries of expatriate workers are mostly calculated using the economic benchmarks of the country they migrate from.

The Union accused the expatriates’ workers of unfair treatment, particularly regarding salaries and other conditions of work.

Already, nineteen Ghanaian workers of MODEC who were sacked are currently challenging their expulsion in court.