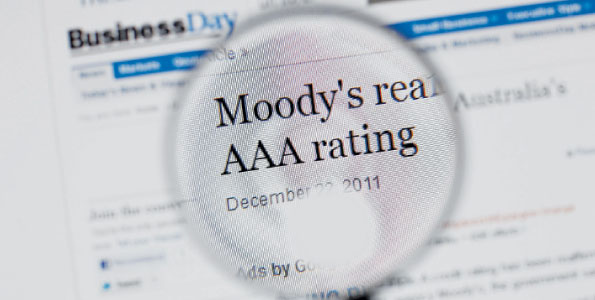 The World Bank last week cautioned that Kenya’s borrowing from China for infrastructure projects risks straining the economy on huge repayment burden, noting that the loans from the Asian economic giant — some non-concessional — have been growing too quickly in comparison with other bilateral lenders.

Moody’s, however, says that the deterioration of debt ratios was inevitable as the country looked to accelerate infrastructure spending, but they should come down as capital imports related to these projects taper down in the next three years.

“We had anticipated a deterioration in fiscal metrics as the cost of closing key infrastructure gaps that the authorities viewed as impeding the economy’s potential. However, fiscal sustainability is also a key objective of fiscal policy and is reflected in the gradual consolidation of the fiscal position from the 2016/17 fiscal year.”

Questions over the sustainability of the debt have dominated public debate in recent months as the country shifts borrowing focus to the international market.

China’s loans to Kenya, for instance, have been growing by 54 per cent a year between 2010 and 2014, mainly due to lending on projects such as the standard gauge railway.

Zimbabwe says companies must sell shares to blacks by April 1