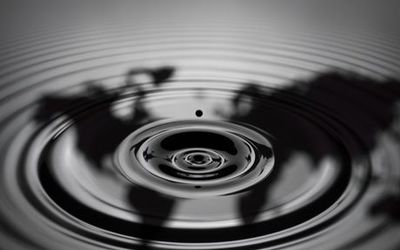 Organisation of the Petroleum Exporting Countries (Opec) member Nigeria expects oil producers to agree to a supply freeze at a meeting in Doha next month. That should stabilise crude prices even if Iran does not join, its petroleum minister said on Wednesday.

Qatar has invited Opec members and major non-Opec producers to meet on April 17 to agree to a freeze following an initial deal in February between Saudi Arabia, Qatar, Venezuela and nonOpec member Russia to hold supply at January levels.

“I expect that we will reach a conclusion on stabilisation, stabilise current production as of January,” Emmanuel Ibe Kachikwu said in Abuja.

It was not clear whether all 13 Opec members including Iran would attend the Doha meeting, though Iranian officials have made it clear Tehran will not freeze output as it wants to raise exports following the lifting of Western sanctions.

But Mr Kachikwu said Iran’s effect was limited anyway as the country would take time to ramp up production.

“We are likely to see Iran not signing on,” he said. “But we have all decided that if they don’t we will proceed because we do not believe that currently their entry into the market will create too much of a threat for the next year,” he said.

“So basically price stability is our expectation,” he said, referring to the effect of a Doha deal.

Nigeria, which is the top oil producer in Africa, has been at the front of pushing for a production freeze as a slump in oil prices has whacked its public finances and sparked the worst economic crisis for decades.

Mr Kachikwu said Nigeria’s current oil output was 2.2-million barrels a day and he planned to boost it to 2.5-million barrels but that this would not add to the global crude supply glut.

“Whatever the extra (it) won’t be in the market but go for our refining,” he said.

The West African nation has been trying to kick-start production at its four outdated refineries due to limited fuel imports and to end widespread petrol shortages.

Tunisia: Tunisair Announces Resumption of Its Flights for Brussels, Thursday