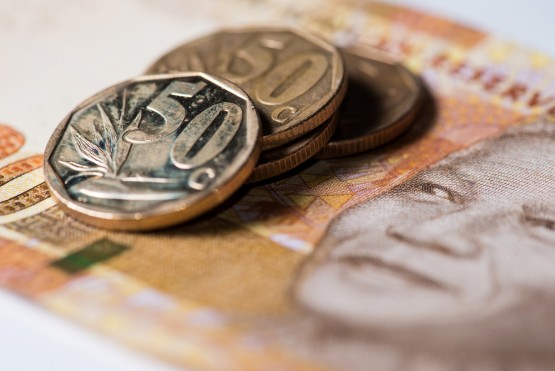 South Africa’s rand plunged to its weakest in two weeks and bond yields jumped on Tuesday after police said they would exercise “constitutional powers” to push Finance Minister Pravin Gordhan to answer questions about a spy unit in the revenue service.

Governments bonds also suffered, with the yield on benchmark issue due in 2026 rising 26.5 basis points to 9.405%.

The rand came close to matching its biggest daily losses since 2011 as the statement by the Hawks police unit challenging the finance minister further rattled investors, who see South Africa’s debt losing its investment-grade ranking.

“Alongside economic growth and debt trajectories, ratings agencies also focus on political stability, so another change in finance minister could add to the growing list of reasons for downgrades to junk,” said Rajiev Rajkumar, an emerging market analyst at 4Cast.

Last week, Moody’s, which rates South Africa two notches above sub-investment level, put it on review for a downgrade, citing poor growth prospects and budget risks. The two other main agencies have flagged political interference as a major risk to national finances.

“All this talk of police investigations and ultimatums will continue to weigh on South African assets and contribute to heightened volatility in the coming months,” Rajkumar said.

Finance Minister Gordhan has repeatedly said that a police investigation into a spy unit within the revenue collection service is part of a smear campaign aimed at tarnishing his and the Treasury’s credibility. On Tuesday, he said the police’s latest statement was threatening.

On the equities market, stocks edged down, tracking global markets. Basic materials weighed on stocks after weak US retail sales data, while the squabble between the finance minister and the police hurt financials.

Financial companies Standard Bank, Sanlam and Remgro were all down more than 2% on the day as the finance minister spat infected sentiment.