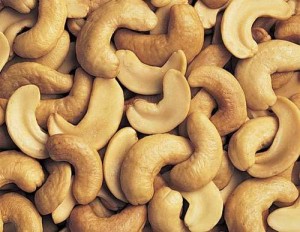 Cashew exporters want government to as a matter of urgency review the ban on the exportation of cashew.

[contextly_sidebar id=”UFUsfMLDySbVEWiTWDCOcusmDxLHMqGT”]The trade ministry yesterday issued a directive that effective the 31st of May will ban the exportation of raw cashew nuts.

According to the ministry, it will confiscate any raw cashew brought into the port for export.

A directive issued by the Trade Ministry stated that purchase of raw cashew nuts was permitted only during the main harvesting season from January to June but export of Raw Cashew Nuts is permitted only after 31st May onwards.

It added that any raw cashew nuts brought to ports or borders of Ghana for export between 31st March and 31st May, 2016 shall be confiscated to the State.

The exporters say the directive will only create turmoil and must be revised.

In an interview with Citi Business News, executive secretary of the importers and exporters association of Ghana, Sampson Awingobit Asaaki said the ban will result in the loss of huge sums of money and foreign investments,

‘‘I want to treat this issue with all the contempt that it deserves. The reason being that, I would have some investors who have invested so much of their proceeds or funds to support Ghanaian cashew producers and they were expecting that after harvesting of cashew, they will come and buy it and embark on exports. You know Ghana is one of the countries that is facilitating it for Burkina Faso and Mali.” He stated.

Last year, about 68,000 metric tons of cashew was exported out of the country’’.

This also means that the industry is just operating at five percent of its installed capacity of about 66,000 metric tonnes.