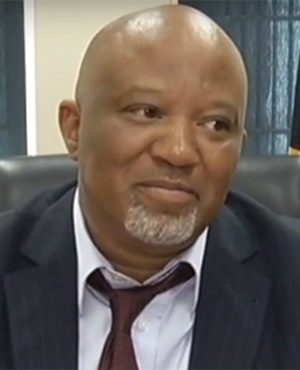 Cape Town – The admission by Deputy Finance Minister Mcebisi Jonas that he was offered the position of finance minster by a member of the Gupta family opens the deep wounds and fissures surrounding leadership and governance in South Africa.

This is the most direct admission to date of an apparent ‘state capture’ of government by business interests outside the formal political framework. It follows a series of allegations and media-related leaks and can be correlated directly to the attempt by President Jacob Zuma to install Des van Rooyen last December.

The mystery and intrigue of the last few weeks reflect a further erosion of the power of President Zuma. Indeed, it seems now that he is losing control of his own party as an increasing number of senior members break the codes of silence and are prepared to own up to the somewhat sordid affairs of the state.

The symbiotic relationship between President Zuma and the Guptas is simply now being used by those who aim to undermine the president and seek either a more urgent renewal of leadership or are looking at a longer-term game in advance of the ANC’s elective conference. It also comes just as the ANC’s National Executive Council is due to meet for a critical review of the party before the local elections slated for mid-year.

Jacob Zuma has been pummelled into a corner by a series of damaging body blows in recent weeks. From Nkandla to the Spy Tapes to the al-Bashir judgment, this has been Zuma’s worst ever period in office. And it comes at the worst possible time for the governing party defending its massive power base in local government.

The ANC know all too well the mood of South Africa. And it’s not pretty. For the first time, the party may lose a major metro outside the Western Cape and even be humbled in Tshwane, the nation’s capital. Potentially hundreds of sitting city councillors may lose their jobs and influence as a result – and all this at a time when economic decline is looming large.

Indeed, the timing of these revelations is too coincidental not to assume they are linked to an attempt to undermine Zuma. The Guptas clearly are a relatively easy target for Zuma’s enemies and the severity of Jonas’ admission points to a serious undermining of the South African constitution and possible dereliction of duties by the commander-in-chief.

This is damaging stuff – all in the same week that rating agency Moody’s makes its much-anticipated ‘downgrade-watch’ tour of the country.

The Jonas admission sets the scene for a dramatic confrontation between those eager to resist the quagmire of cronyism and others whose positions depend on the largesse of political insiders and their crony-capitalist backers. It is a similar battle to the one raging between the Hawks and Finance Minister Pravin Gordhan – only it is now broader than that.

Gordhan will be relieved that his own deputy is now firmly in his own camp. And you can expect others to follow. It is likely that those who wish to turn the country around are gearing for a battle and the eventual winner or loser will be South Africa – the country.

What we are now witnessing is a fairly rapid decline in the ability of President Zuma to control the discourse from his own political party. We are also witnessing the president’s detractors kicking him while he is down. Furthermore, we are seeing an incremental downgrading of his own credibility – even further than before.

Ultimately, while Nkandla, Spy Tapes et al are bad enough, it’s more likely to be the undermining of the ANC’s own democratic structures and even the South African constitution that will do the most damage.

The good news – if there is any – is that a body of senior ANC office bearers are starting to make their voices heard. A fight-back against state-capture might just be the best chance those looking for change have in unseating the current leadership.

The battle lines are now being drawn much wider than just Gordhan. And as the Zuma presidency weakens even further in future, so that very weakness will draw out those who now see the writing on the wall when the president’s coat tails are no longer sufficient for power and access to resources.

We are approaching a seminal moment in the latter years of the Big Man era of Jacob Zuma. The direction we take over the short term is now likely to determine our future for many years to come.