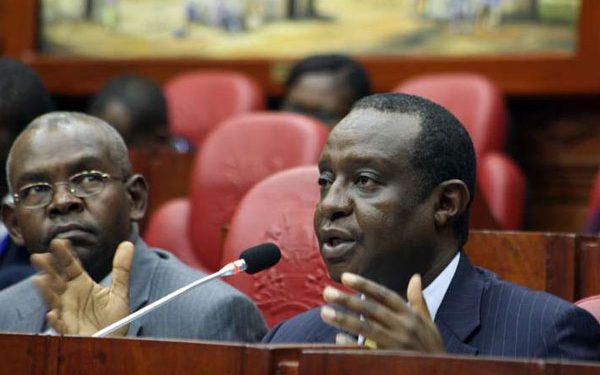 They attribute this to a slowdown in heated talks on use of proceeds of the Sh250 billion between late 2015 and early this year.

Kenya, in June 2014, issued a $2.75 billion sovereign bond on the Irish Stock Exchange.

The total amount of proceeds and tap sales issued totalled Sh250 billion, part of which went to settle a syndicated loan by the government.

The Opposition has, however, claimed none of the above promises saw the light of day as the proceeds were misused.

The resultant political talk, some said, was hurting the country’s chances of going to the global market for more funds.

And now observers say whittling political bickering has given Kenya an economic lifeline in the international credit arena.

“Around January, Kenya’s 10-year Eurobond hit a high yield of 9.8 per cent. The bond has rallied and now yields 7.719 per cent and has been one of the best performing bonds world-wide since the sell-off.

The capital markets are open to Kenya and at a competitive level and the Cabinet secretary surely can call on them again,” Nairobi-based analyst Aly Khan Satchu told the Nation.

The government expects to plug a Sh600 billion budget deficit with about Sh340 billion of this sourced from external financiers.

Treasury Cabinet Secretary Henry Rotich has indicated that Kenya is likely to go for a Eurobond-type loan to finance this deficit.

Mr Murimi said while calls for accountability were legitimate, the subsequent political rhetoric threatened to impair Kenya’s future prospects for cheap credit by placing a higher risk premium on its ability to repay.

In its outlook report for Kenya this year, investment bank Exotix said the country’s credit status suffered significantly because the country spent much of 2015 stumbling from one small crisis to the next, making it very difficult for investors to get comfortable with what would otherwise be one of Africa’s best underlying stories.