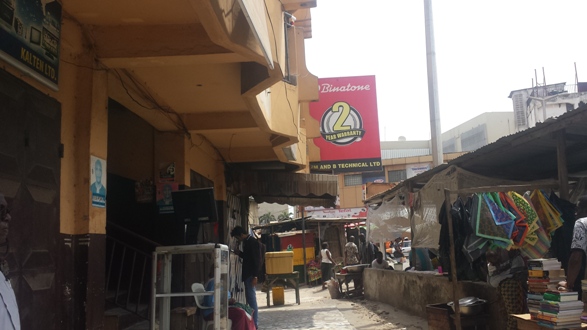 Closed shops at Okaishie market in the Central Business District

The three day strike by the Joint Private Business Sector Consultative Forum enters the third day despite government’s assurance of reviewing some of the taxes.

It follows a meeting with Deputy Minister of Trade and Industry, Mutala Mohammed yesterday.

Citi Business News has gathered that government failed to convince the business operators to call off the strike, despite reaching a deal which is subject to cabinet approval.

Meanwhile, the ECOWAS Common External Tariff will be reviewed while the 3 percent flat rate will be reinstated for small businesses instead of 17.5 percent.

Executive Secretary of the Importers and Exporters Association, Sampson Awingobit Asaki in an interview with Citi Business News described the deal so far reached as satisfactory.

“It came out with what we referred to as five bulleted points and we are satisfied with that. What we are saying that for the rest, we shall continue with dialogue with government,” he said.