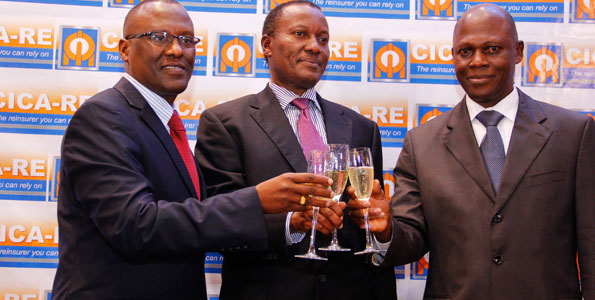 CICA-RE, a Togo-based reinsurer, has entered the Kenyan market hoping to replicate its success in Francophone Africa countries by using Nairobi as a launch pad into the east African region.

The Nairobi office will act as a liaison under the guidelines of the Insurance Regulatory Authority (IRA) and will be required to become a subsidiary company within the next three years with a capital injection of Sh1.5 billion.

“Kenya is one of the largest economies in eastern and southern Africa and also has one of the highest insurance penetration rates in the region. It is also east Africa’s financial hub and this is the ultimate driver for insurance growth,” said CICA-RE Managing Director Jean Baptiste N Kouame.

Mr Kouame believes that emerging sectors are key to the growth of his company’s business as underwriters take on more risk. He also highlighted Kenya’s strong middle class which will drive up insurance sales.

“We have expertise in different areas such as property underwriting, Marine Hull and cargo, Engineering, Liability covers and oil and gas,” said Mr Kouame.

“Our expansion positions us to be the reinsurer of choice in Africa and beyond by creating specialist technical capabilities to handle the new emerging risks especially in the energy sector,” he added.

The MD believes that his company’s experience in Ghana and Nigeria will benefit regional companies involved in the oil industry following recent deposits findings in Kenya, Uganda, Tanzania and Mozambique.

“We have been in operation for over 30 years and we would like to share this experience with the Kenyan market. We will bring in technical capacity through our training program thus help the industry underwrite bigger business and help fulfill its potential,” said Mr Kouame.

The company’s geographical scope of operation is Africa, Asia, Middle East and Latin America. It has paid claims running into billions of shillings including the fire destruction at Jomo Kenyatta International Airport where CICA-RE paid in excess of Sh35 million and last year’s Nepal earthquake.

CICA-RE is owned by the 12 Francophone states from west and central Africa who hold 65 per cent of the capital while 35 per cent equity is held by financial institutions including the West African Development Bank and 59 Insurance Companies.

The insurer is headquartered in Lome, Togo, with two regional offices in Douala, Cameroon and Abidjan, Ivory Coast.

Nairobi becomes the firm’s fourth office and the first outside the CIMA zone. The company is in the process of opening another office in Tunisia.